Abba Kyari is a Nigerian politician is currently serving as the Chief of Staff to President Muhammadu Buhari.

Abba worked for the law firm Fani-Kayode and Sowemimo for some time after his return to Nigeria.

From 1988 to 1990, Kyari was Editor with the New Africa Holdings Limited Kaduna. In 1990, Abba served as a Commissioner for Forestry and Animal Resources in Borno State.

From 1990 to 1995, he was the secretary to the board of African International Bank Limited, a subsidiary of Bank of Credit and Commerce International. 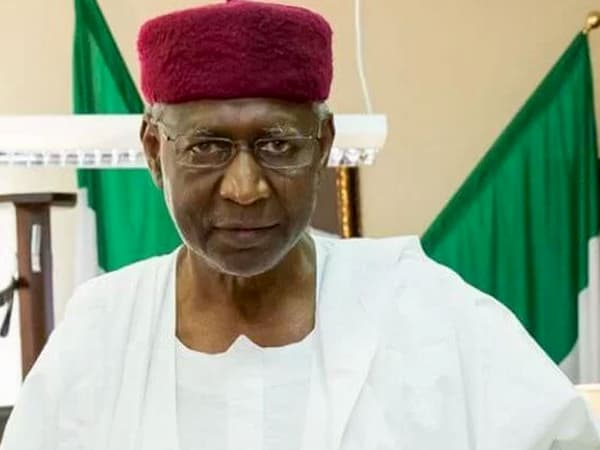 He was an executive director in charge of management services at the United Bank for Africa and was later appointed the chief executive officer. In 2002, Kyari was appointed a board director of Unilever Nigeria and later served on the board of Exxon Mobil Nigeria.

In August 2015, he was appointed Chief of Staff to President Muhammadu Buhari.

Kyari is in his 70s. He is very private about his personal life hence it is not known when he was born or when he celebrates his birthday.

Kyari is married to the sister-in-law of Ibrahim Tahir, and together the couple has four children.

Kyari’s net worth is currently under review. However, the information will be updated soon.

On March 24, 2020, Kyari tested positive for the coronavirus days after returning from an official trip to Germany. Upon return, Kyari did not self isolate as Nigeria Centre for Disease Control directed and attended a meeting on Sunday in Aso rock where he began to cough repeatedly and thereafter surrendered himself for testing.

The confirmed cases of Coronavirus in Nigeria have risen to 40 out of which 2 have been discharged and one death recorded.