Alexis Michelle whose real name is Alex Michaels is an American drag queen and singer, who is best known for competing on the ninth season of RuPaul’s Drag Race. Michelle trained as an actor and singer at the University of Michigan and also trained at Interlochen Center for the Arts.

He began doing drag when he was ten years old and had paid professional gigs starting in 2003. Michelle comes from the same drag mother as season ten contestant Dusty Ray Bottoms. In one of the episodes of season nine, he was seen wearing a Dusty t-shirt in the workroom and Bottoms wore an Alexis t-shirt in season ten. Michelle auditioned for Drag Race eight times before being selected for season nine.

On February 2, 2017, he was announced as one of fourteen contestants competing on the ninth season of RuPaul’s Drag Race. Michelle was the winner of the annual “Snatch Game” challenge in episode six, portraying Liza Minelli. Michelle was in the bottom two in the comedy challenge two episodes later and eliminated Farrah Moan to a lip sync of Dolly Parton’s “Baby I’m Burning”. In episode eleven, Alexis was in the bottom two again with Peppermint, and lost a lip sync to the Village People’s “Macho Man”, placing Michelle in fifth.

She often performs at the Feinstein/54 Below cabaret with her Broadway show “Alexis, I Am!”.

She is the drag mother of Jan Sport, who placed eighth in the twelfth season of RuPaul’s Drag Race. 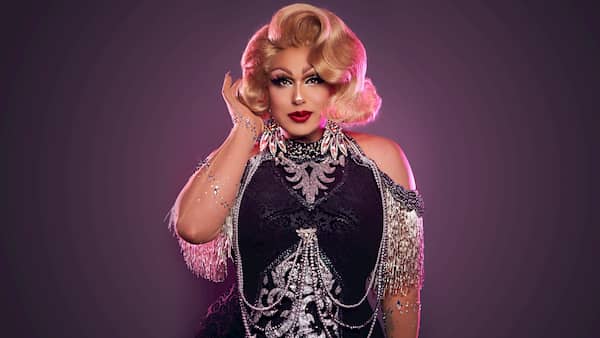 She appeared with Jujubee, BeBe Zahara Benet, and Thorgy Thor in the TLC show Drag Me Down the Aisle which aired on March 9, 2019. The special was subsequently given a full series order under the new name Dragnificent! which will premiere in April 2020.

Michelle’s height is not yet disclosed.

Michelle comes from a Jewish faith. He is cousin is singer Lisa Loeb. He has however not revealed the names of his parents or siblings.

Information is currently under review and will be updated soon.

Michelle has an estimated net worth of between $1 Million – $5 Million which he has earned through his career as a drag queen and singer.

🎈🎊🎁🎉It’s TODAY! 🎉🎁🎊🎈 DRAGNIFICENT! hits the air TONIGHT at 11pm for a special preview episode and then TOMORROW at 10pm it’s time for our official premiere, on our regular night with a whole NEW EPISODE! Only on @tlc so tune in TONIGHT and TOMORROW night for a generous helping of the dolls!