Ali Lucia is an American reporter for WCCO since joining the station in 2014. You can catch her every morning on WCCO-TV and can also join her for lunch every weekday as she anchors WCCO at Noon. She is the go-to sports reporter for the morning show.

Lucia attended Wayzata High School. She then attended the University of Minnesota where she double majored in communications studies and journalism. During college, she worked in the gopher football and basketball offices.

Lucia joined the station as a feature reporter. She has anchored live coverage of the 2016 Ryder Cup, as well as the Super Bowl and Final Four at U.S. Bank Stadium.

Lucia began her career as a news anchor in Rochester, Minnesota. From there she left the north for warmer weather, working as the weekend sports anchor in Hampton Roads, Virginia. There, Lucia didn’t just cover sports, but breaking news including Hurricanes Sandy and Irene, as well as the Navy SEAL helicopter crash.

Lucia is a hockey fan, which is exactly why she left the east coast for Texas to cover a team Minnesotans know well, the Dallas Stars — or should it be “North Stars”? Lucia’s time in Texas wasn’t all about two-stepping; there she fulfilled her dream of working in the NHL as the Stars pre/post-game show host on Fox Sports Southwest. Lucia has also covered hockey for NHL Network and college football on Big Ten Network. 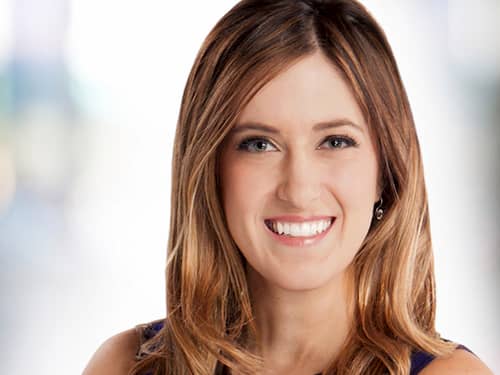 She is a coffee lover, which is good for those early mornings. When she is not working, she enjoys running, yoga, biking, art, and watching local sports on the weekends.

She enjoys volunteering in the community and regularly emcees signature events. Lucia currently serves on the ACES (Athletes Committed to Educating Students) Executive Board.

She is always up for an adventure! If you have an idea of a great story Lucia should cover, she would love to hear from you!

Lucia stands at an average height. However, her exact height is not yet disclosed but will be updated as soon as her body measurements are available.

Lucia is the daughter of Don Lucia and Joyce Lucia who were married in 1983. Her father is the former head coach of the Minnesota Golden Gophers men’s hockey team, while her mother’s profession is unknown. She has a sister named Jessie, and two younger brothers named Tony (born in 1987) and Mario (born in 1993) both of whom have had some experience and success as hockey players.

Lucia’s brother Tony is an ex-Gopher and played for the University of Minnesota from 2006-2010, and her youngest brother, Mario, played Notre Dame where their father went to school.

Lucia is married to Drew Showalter since August 4, 2018, and the couple is blessed with one child. Drew proposed to Lucia in February 2018 after dating for some time. She announced the moment during the broadcast of “This Morning” alongside her colleagues. They did a wedding 6 months after proposing. Ali and her husband, Drew, reside in Minneapolis.

Lucia has an estimated net worth of between $1 Million-$5 Million which she has earned through her career as a reporter.

According to Paysa.com, the estimated average salary of a WCCO-RV reporter is $83,378 annually. However, the exact amount she receives is currently under review and will be updated as soon as the information is available.