Amy Hoggart is a British-American stand-up comedian and actress who is best known for starring in Almost Royal,  and Full Frontal with Samantha Bee, an American political satire show on TBS. She is also known for hosting It’s Personal with Amy Hoggart.

Hoggart studied at King’s College, Cambridge where she earned her BA in English literature. She then earned a master’s degree in experimental psychology from the University of Sussex.

In February 2016, she made her debut as a correspondent for the political commentary satire series Full Frontal with Samantha Bee, in a segment in which she interviewed President Donald Trump supporters about voter fraud. The segment eventually drew more than 2 million YouTube views. 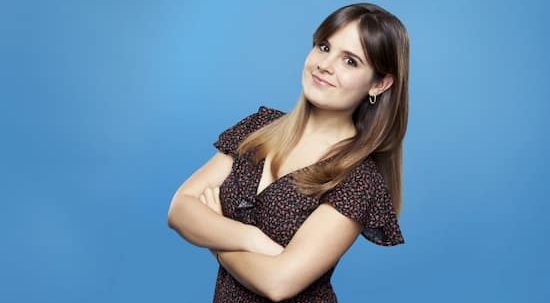 Hoggart then appeared in a segment in the special 9 November episode that aired the day after the presidential election vote. A February 2017 segment saw Hoggart journey to Scotland to interview citizens of Aberdeenshire, who protested Donald Trump’s attempts to persuade the government of Scotland to seize local farmer Michael Forbes’ land in order to build a golf course.

In 2020, it was announced that she was to host her own show, It’s Personal with Amy Hoggart, on truTV, which premiered on February 26.

Hoggart stands at a height of 5 feet 3 inches tall.

Hoggart is the daughter of English journalist and broadcaster Simon Hoggart, who was a correspondent for The Observer in the 1980s. She has a brother named Richard Hoggart, who is named after their grandfather Richard Hoggart, an academic of British culture. Her uncle Paul Hoggart is a TV critic. Her family moved back to the U.K. when she was four years old.

Hoggart likes to keep her personal life private hence it is not known whether she is married or not.

Hoggart has an estimated net worth of $50 Million which she has earned through her successful career as a stand-up comedian and actress.

Greetings from this week's episode! @itspersonalamyhoggart Wednesday at 10/9 on @trutv ???