Andy Gill was a British musician and record producer who was best known for being the lead guitarist for the British rock band Gang of Four, which he co-founded in 1976.

He was also known for his jagged style of guitar on albums such as Entertainment! (1979) and Solid Gold (1981) and hit singles such as “At Home He’s a Tourist,” “Damaged Goods,” “What We All Want” “Anthrax,” and “I Love a Man in a Uniform”.

He was also the record producer and produced or co-produced all of the band’s albums. Gill also produced albums for artists such as the Red Hot Chili Peppers, the Stranglers, the Jesus Lizard, the Futureheads, Michael Hutchence, Killing Joke, Fight Like Apes, Polysics, Therapy? and the Young Knives.

Gill was born as Andrew James Dalrymple Gill on 1 January 1956, in Manchester, England, United Kingdom. At the time of his death on 1 February 2020, he was 64 years old. 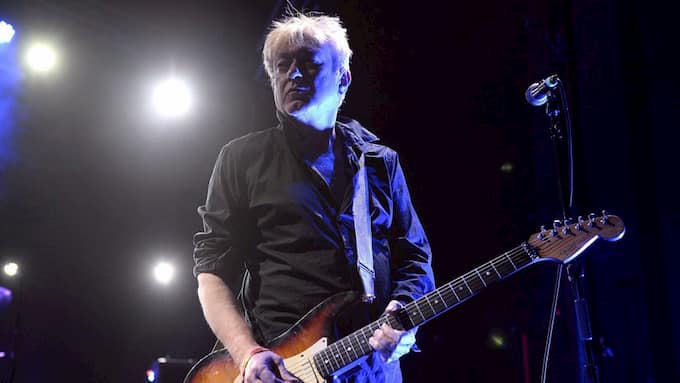 Andy Gill was married to Catherine Mayer till the time of his death on 1 February 2020. His wife is a journalist and the co-founder of the Women’s Equality Party.

Gill had an estimated net worth of $62 Million at the time of his death.

Gill died on 1 February 2020, at the age of 64. His death was announced by Gang of Four in a statement, saying: “Our great friend and supreme leader has died today”.

He had developed a “respiratory illness,” after finishing an Asian tour with Gang Of Four last year, they said.

His wife wrote, “This pain is the price of extraordinary joy, almost three decades with the best man in the world.”

This pain is the price of extraordinary joy, almost three decades with the best man in the world. https://t.co/otsiVqxK36

The Gang Of Four members John Sterry, Thomas McNeice, and Tobias Humble wrote, “Andy’s final tour in November was the only way he was ever really going to bow out; with a Stratocaster around his neck, screaming with feedback and deafening the front row. One of the best to ever do it, his influence on guitar music and the creative process was inspiring for us, as well as everyone who worked alongside him and listened to his music. His albums and production work speak for themselves. Go give ’em a spin for him.”

Tom Morello paid tribute on social media, saying, “[He was] one of my principal influences on the instrument as his jagged plague disco raptor attack industrial funk deconstructed guitar anti-hero sonics and fierce poetic radical intellect were formative for me.”

So sorry to hear of the passing of the great #AndyGill, guitarist of Gang of Four. One of my principal influences on the instrument as his jagged plague disco raptor attack industrial funk deconstructed guitar anti-hero sonics and fierce poetic radical intellect were formative for me. So glad I got to see him and revel in his incendiary art and wry wit several times over the past year. He was really, really fucking great.