Bennett and Amelia are one of the five couples featuring on Season 11 of Lifetime’s hit experimental reality series Married at First Sight which premiered on July 15, 2020. Bennett is the artistic director of a theatre company and Amelia recently finished her medical residency.

Bennett is 28 years old as of 2020. He was born in 1992 and raised in Montvale, New Jersey. It is however not known when he celebrates his birthday.

Amelia is 27 years old as of 2020. She was born in 1993 in Richmond, Virginia, United States. It is however not known when she celebrates her birthday.

Bennett grew up doing theater productions alongside his mother, so he is no stranger to being in the spotlight. He has however not disclosed the name of his parents.

Amelia’s mother is a doctor and Amelia always thought she would follow in her footsteps and is currently completing her medical residency. She has however not disclosed the name of her mother. 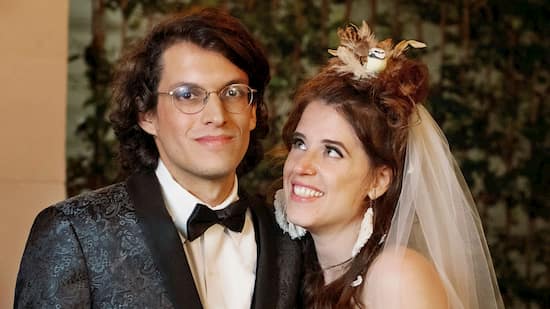 Bennett has sought a life partner for years but has been through a string of bad relationships and is deeply encouraged by Married At First Sight‘s history of success with past couples.

Amelia recently finished her medical residency and is looking for a husband who is willing to stay home and “raise her babies” while she pursues her career as a doctor. She believes that “you can fall in love with anyone-ish,” and much like her grandparent’s arranged marriage, she really thinks it’s possible to learn to love someone.

Bennett and Amelia Net Worth

Bennett & Amelia’s net worth is currently under review and the information will be updated as soon as it’s available.

Bennett & Amelia are one of the five couples featured on the 11th Season of Married at First Sight which premiered on Wednesday, July 15 at 8 p.m. ET/7 p.m. CT on Lifetime. The season takes place in New Orleans where the five new couples will take a leap of faith when they walk down the aisle to marry a complete stranger.

There's lots of love in the air. 🥰 Do you have any faves so far? #MarriedAtFirstSight is all-new Wednesday at 8/7c.