Brendan Morais is a 30-year-old Commercial Roofer from Milford, MA who is one of the 31 contestants on the 16th season of The Bachelorette which stars Tayshia Adams.

He is a sensitive soul who is ready to share his life with a special woman. In his free time, he enjoys some good true crime, working out, and hanging out with his friends. He is all about that initial attraction when meeting a woman. Brendan loves to make a woman feel desired and describes himself as a true romantic.

His real passion is coaching his high school’s basketball team. Morais’ buddies from home call him “BMoney.” His signature look is a turtleneck.

Morais is a 30-year-old from Milford, Massachusetts, United States. It is however not known when he celebrates his birthday.

Morais stands at a height of 6 feet 1 inch tall. 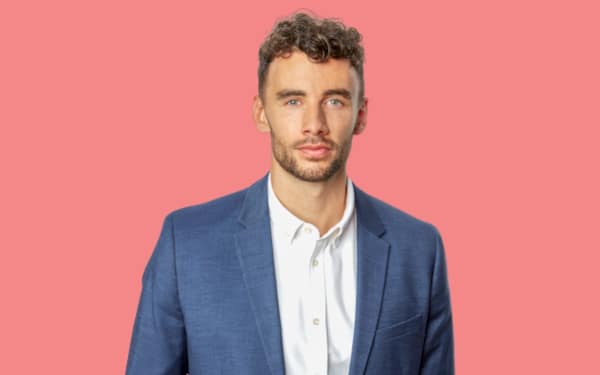 After losing his dad at a young age, he knew that his purpose in life was to be a father. After relocating to Los Angeles, Morais decided to move back home to Massachusetts to work for the family roofing business and be closer to his family especially his nieces and nephews, whom he can’t get enough of.

Tayshia’s final four men are Ben Smith, Brendan Morais, Zac Clark, and Ivan Hall. On the episode of The Bachelorette on December 15, Tayshia met their families. When she went to meet Brendan’s family, Brendan’s brother Daniel, his wife Christi, and their daughter showed up to meet Tayshia. He said his brother has been the most important person in his life, especially after his father died.