Byron Day is an American journalist currently working as an anchor for FOX10 News at 5 and 10 p.m. while contributing stories to the newscasts. He joined the station in March 2018.

While still a student at the University of South Alabama, Byron began his career as a staff announcer/weathercaster for a local television station in Mobile. After graduation, he relocated to Memphis and WHBQ TV, where he continued his work in the weather for one of the country’s top stations. He was also the station’s first host of PM Magazine, a 30-minute show that featured fun, informative features from around Memphis and the country.

His next stop was NBC Sports in New York, where he worked as an anchor/reporter, covering many of the biggest sporting events for the network. Wimbledon, 1982, where he was the first to broadcast from the historic “Standing Room Only” area at Centre Court during matches; “The 1981 Freeze Bowl” AFC Championship Game between Cincinnati and San Diego, where the wind chill was minus-37 degrees during the game. He also covered the Super Bowl, Major League Baseball Playoffs, and World Series for NBC, as well as anchoring and hosting the award-winning Baseball Pre-Game Show. Byron was nominated for a Sports Emmy during this time.

Byron left NBC Sports to become the first main anchor for two major cable sports networks, “Sports Time” in Cincinnati and “SCORE” in Los Angeles. He also provided play-by-play for MLB games, the World Baseball Championship from Italy, and hosted a variety of “live” interview programs with sports personalities and players, as well as fielding phone calls from fans across the country.

Byron then made the switch from sports to news, returning to Mobile and WALA TV as a morning anchor and reporter. After returning to Memphis as the main anchor of WHBQ, he relocated to Raleigh, North Carolina as the main anchor of the NBC-owned and operated station there. Byron covered the Bosnian War, the Somali Civil War, and the UN Intervention during this time. He also traveled to China to assist in the organization of an exhibition of Chinese tomb treasures in the United States, according to pres.

During this time, he also traveled to China to help facilitate an exhibition of Chinese tomb treasures in the United States, reported from presidential campaigns and anchored coverage of several hurricanes, all while receiving recognition for his efforts. To spend more time with his two children, Byron worked as an award-winning financial services representative and manager in the Raleigh area, representing national companies and serving a diverse client base. Byron is overjoyed to be back in his hometown, bringing FOX10 viewers the latest news and information.

Byron was born and raised in Mobile. He likes to keep his personal life private hence has not yet disclosed the year and month he was born. It is therefore not known when he celebrates his birthday.

Day’s height is not yet disclosed.

Day has managed to keep his personal life away from the limelight hence he has not disclosed any information about his parents. It is also not known if Day has any siblings.

Byron is married and has two children. He has two grandchildren. 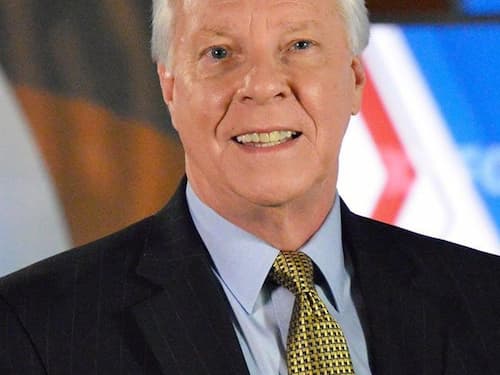 Byron has an estimated net worth ranging between $1 Million – $5 Million which he has earned through being a journalist.