He is one of the main cast in the musical television series “Julie and the Phantoms” which is set to premiere on September 10, 2020. He is playing a role as ‘Luke’ and will appear along side Madison Reyes, Jadah Marie, Owen Joyner, and others. The series is about a teenager Julie who finds her passion for music and life while helping the Phantoms, a trio of ghostly guys, become the band they were never able to be.

Gillespie studied at Government high school at Dieppe to completed his graduation. He began his career as a theatre artist and portrayed many roles before coming into acting. He got his first lead role as “Andrew Aronoff” in the Speed Kills movie in 2018.

He also appeared in Family Channel‘s teen drama Degrassi: Next Class, in which he again appeared in a very minor role. Gillespie has been acting professionally since 2014. 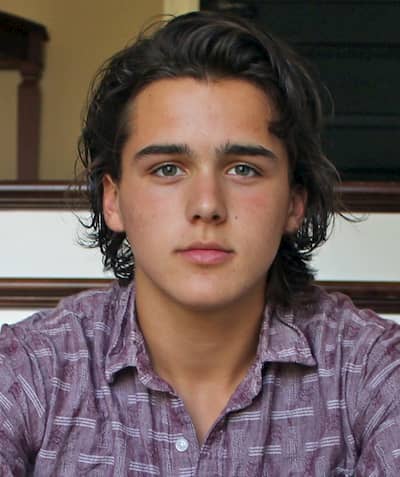 Gillespie is the son of Jeanette Gillespie (mother). He has however not disclosed the name of his father. He has three siblings, a sister named Meghan Gillespie, and two brothers, Patrick Gillespie, and Michael Gillespie.

Gillespie is very private about his personal life therefore it is not known if he is in any relationship. There are also no rumors of him being in any past relationship or affairs with anyone.

Gillespie has an estimated net worth of between $100,000 – $500,000 US dollars which he has earned through his career as an actor, model, and theatre artist.