Chris Harrison is an American television and game show host, who is best known for hosting of the ABC reality television dating show The Bachelor since 2002 and its spin-offs The Bachelorette since 2003.

Harrison attended Lake Highlands High School where he graduated in 1989. He then attended Oklahoma City University on a soccer scholarship. Harrison was a member of the Kappa Sigma fraternity.

Harrison began his television career by working as a sports reporter at CBS affiliate KWTV in Oklahoma City from 1993 to 1999. Harrison also worked briefly for TVG Network, a horse racing channel, and was the host of Designers’ Challenge on HGTV. In 2001, he hosted the short-lived game show, Mall Masters for GSN.

In 2002, he guest-starred on Sabrina, the Teenage Witch, as a music show host, of the episode, “Ping, Ping a Song”. 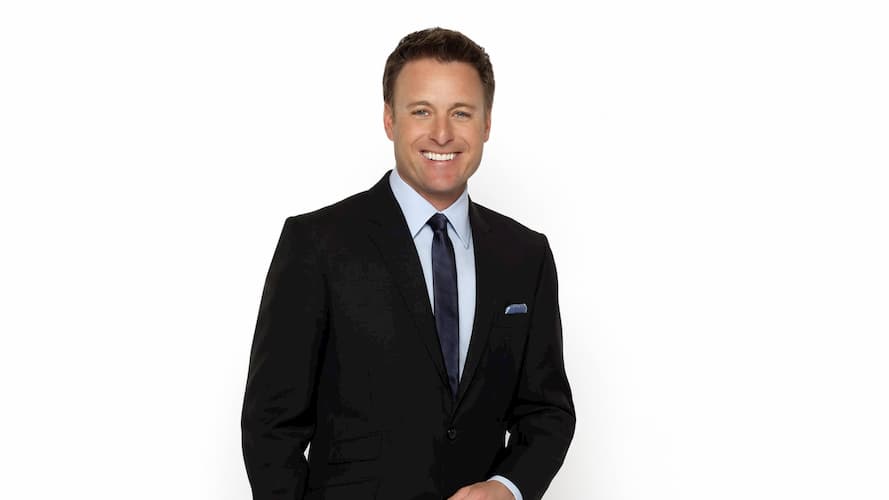 The TV Guide Network, which now known as “Pop,” announced that Harrison was signed to anchor its live red carpet awards coverage, beginning with the 2009 Primetime Emmy Awards in September.

In 2011, he and Brooke Burns co-hosted the game show You Deserve It. Harrison has also co-hosted Hollywood 411 on the former TV Guide Network and has hosted Designers’ Challenge on HGTV and Mall Masters on the Game Show Network.

In April 2015, Disney-ABC announced that Chris Harrison would replace Terry Crews as host of the syndicated version of Who Wants to Be a Millionaire? for the 2015–16 season.

Game Show Network (GSN) began airing reruns of this show on December 18, 2017, marking a return to the network for him since the cancellation of Mall Masters.

As an actor, Harrison has had a few acting roles on various shows including Trophy Wife, Sabrina the Teenage Witch, and Hot in Cleveland. In 2006, he portrayed himself in the comedy Date Movie.

Harrison is 49 years old as of 2020. He was born as Christopher Bryan Harrison on July 26, 1971, in Dallas, Texas, United States. He celebrates his birthday on the 26th of July every year.

Harrison is the son of Mary Beth Harrison. He has not provided much information or news about his parents or siblings.

Harrison was married to his college sweetheart, Gwen Harrison from 1993–2012. The couple announced they were ending their marriage in May 2012, after 18 years of marriage.

Harrison and his ex-wife have two children, a son Joshua Harrison and a daughter Taylor Harrison.

On January 26, 2019, the two made their red carpet debut as a couple at Entertainment Weekly’s pre-SAG Awards party at Chateau Marmont in West Hollywood, California, on Saturday.

Lauren is an American Host, Actress, Producer, Model, and Reporter who is best known for appearing on shows like “Entertainment Tonight” and “ETonline” as a correspondent.

In April 2015, Harrison replaced Terry Crews as host of the syndicated version of Who Wants to Be a Millionaire? for the 2015 – 16 season.

In 2011, Harrison was making $60,000 per episode of The Bachelor. According to Celebrity Net Worth, today he earns a salary of $8 million, though it’s unclear whether that’s per season of one show, or annually for all three Bachelor franchise shows.

Harrison has an estimated net worth of $16 million dollars which he has earned through his career as a television and game show host.

Shhh just one more sleep…#TheBachelorette premiere is tomorrow night! What are you doing to prepare? @bacheloretteabc