Christina and Henry are one of the five couples featuring on Season 11 of Lifetime’s hit experimental reality series Married at First Sight which premiered on July 15, 2020. Henry is a clinical recruiter while Christina is a flight attendant.

Henry is 35 years old as of 2020. He was born in 1985 in Arabi, Louisiana, United States. It is however not known when he celebrates his birthday.

Christina is 30 years old as of 2020. She was born in 1990 in Houma, Louisiana, United States. It is however not known when she celebrates her birthday.

Henry has not yet disclosed any information about his parents or siblings.

She was raised by a single mother and has never known her biological father. She has always considered her mother her best friend and even brought her along to her interview when she applied to be on the show. 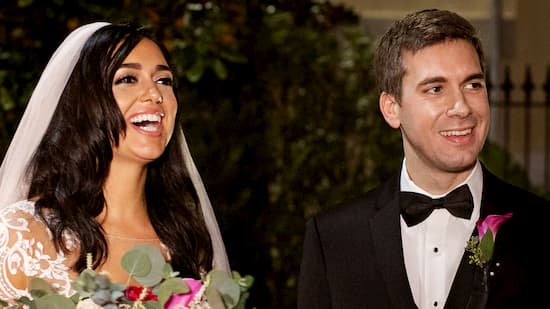 Henry is looking for a partner to settle down with and he feels he has tried every approach possible but has been unsuccessful. The dating apps have been disappointing, and his friends and colleagues have no one else to introduce him to. Henry considers himself an “awkward” person, he is hoping to find a woman who can help him overcome some of his anxiety and open up more. He is interested in Married at First Sight because he believes the experiment will be beneficial in many ways and is a once-in-a-lifetime opportunity that he’d be crazy to pass up.

Christina recently got out of a five-year relationship and hasn’t put much effort into dating or finding another partner. She is eager for the Married At First Sight experiment because she has no doubts the experts will do the work for her so she can settle happily into a relationship with her perfect match.

Christina and Henry Net Worth

Christina & Henry’s net worth is currently under review and the information will be updated as soon as it’s available.

Christina & Henry are one of the five couples featured on the 11th Season of Married at First Sight which premiered on Wednesday, July 15 at 8 p.m. ET/7 p.m. CT on Lifetime. The season takes place in New Orleans where the five new couples will take a leap of faith when they walk down the aisle to marry a complete stranger.