Christine Christensen is the wife of the late American academic, business consultant, and religious leader Clayton Christensen who died on January 23, 2020.

Her husband, Clayton, served as the Kim B. Clark Professor of Business Administration at the Harvard Business School of Harvard University. Clayton Christensen was best known for his theory of “disruptive innovation”, first introduced in his 1997 book The Innovator’s Dilemma, which has been called the most influential business idea of the early 21st century.

He was also a co-founder of Rose Park Advisors, a venture capital firm, and Innosight, a management consulting and investment firm specializing in innovation. 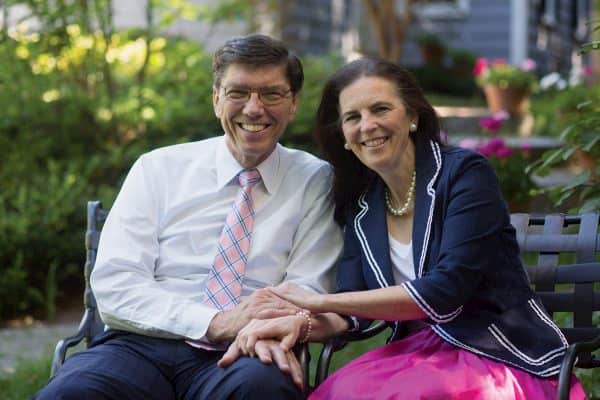 Christine was married to Clayton Christensen from 1976 till the time of his death on January 23, 2020. He was born on April 6, 1952, in Salt Lake City, Utah, the second of eight children born to Robert M. Christensen and his wife Verda Mae Christensen.

Her eldest son stands 6 ft 10 in (2.08 m) tall and played college basketball at Duke University, where he was a member of Duke’s 2001 National Championship team.

Christine’s net worth is currently under review and will be updated soon. Her husband, Clayton, had an estimated net worth of over $1 Million dollars at the time of his death.

Christine’s husband, Christensen, died on January 23, 2020, due to complications from cancer treatments he was receiving.