Chuck Clark is an American football safety for the Baltimore Ravens of the National Football League (NFL). He played college football at Virginia Tech and was drafted by the Ravens in the sixth round of the 2017 NFL Draft.

Clark attended King’s Fork High School in Suffolk, Virginia where he played American football, basketball, and ran track. At his position, Clark was rated as the no. 68 safety in the country, the no. 145 player in his region, and the no. 34 player in the state by ESPN.

Clark attended Virginia Tech where he started in 40/52 games and had a total of 292 tackles.

He was drafted by the Baltimore Ravens in the sixth round, 186th overall, in the 2017 NFL Draft. Clark played in 15 games his rookie season, recording 13 tackles and two passes defensed. 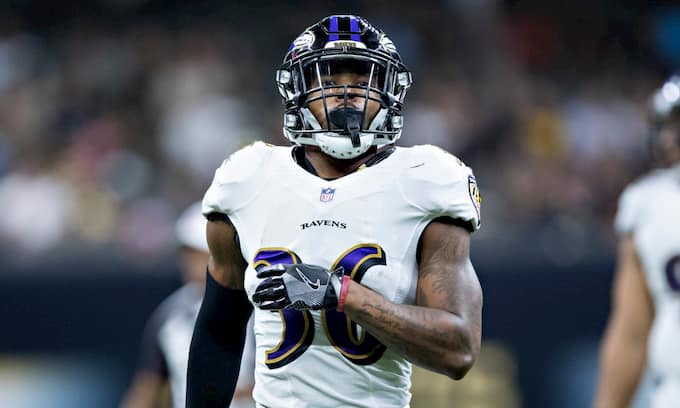 In 2018, he played in 16 games with two starts, recording 21 combined tackles, one pass deflection, and an interception.

In week 13 of the 2019 season against the San Francisco 49ers, Chuck made a team high 7 tackles and recorded a strip sack on Jimmy Garoppolo that was recovered by teammate Brandon Williams in the 20–17 win. In week 15 of the 2019 season, he recorded an interception off Sam Darnold on Thursday Night Football in a 42–21 win over the New York Jets.

Clark is the son of Charles Clark and Lashonda Clark. He has not revealed whether he has any siblings.

Clark is married to Aysha, and in October 2019 the couple welcomed their first child – a baby girl named Charleé Reign Clark.

On February 10, 2020, Chuck signed a three-year contract extension with Baltimore Ravens. The contract is valued at $19 million. with $10 million guaranteed, according to Ian Rapoport, of the NFL Network.

The #Ravens signed S Chuck Clark to three-year contract extension worth $19M, source said. He gets $10M in guarantees, as Baltimore keeps taking care of the future now.