Crawley also appeared on seasons 1 and 2 of Bachelor in Paradise, and on Bachelor Winter Games. She also appeared as a contestant on Who Wants to Be a Millionaire.

Crawley was one of the contestants of season 18 of The Bachelor where she was competing to win the heart of Juan Pablo Galavis. She was the runner up where Nikki Ferrell was the winner. After Juan Pablo rejected her, she called him out for the inappropriate language Juan Pablo used regarding their time together, which was met with widespread praise by viewers.

During the show, she was involved in controversy when she and Galavis snuck out at night to swim in the ocean together, which Juan Pablo Galavis later vocalized was a mistake as he did not want to set a bad example for his daughter. 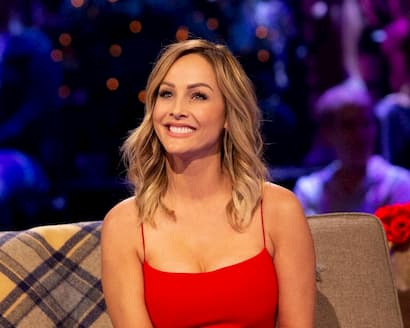 Crawley was one of a contestant on The Bachelor Winter Games, where she was involved in a love triangle with Christian Rauch and Benoit Beauséjour-Savard. Although she left alone, on 22 February 2018 during the reunion special it was revealed that she and Beauséjour-Savard had gotten back together off-screen. Beauséjour-Savard proposed to her on stage, and Crawley accepted.

After The Bachelor, Clare appeared on the first two seasons of Bachelor in Paradise; however, she was unsuccessful in finding love and left voluntarily on both seasons.

Crawley is 39 years old as of 2020. She was born on 20 March 1981, in Sacramento, California, United States. She celebrates her birthday on the 20th of March every year.

Crawley is of Mexican descent on her mother’s side. Her father passed away in 2014 from brain cancer. She is the youngest of 6 sisters. She has not revealed the names of her parents or siblings.

Crawley is single. She was previously engaged to Benoit Beausejour-Savard. They got engaged during the reunion episode of the ABC hit series where Beauséjour-Savard proposed to her on stage, and Crawley accepted.

Crawley has an estimated net worth of $800 thousand which she has earned through her successful career as a Hairstylist and television personality.

After Peter Weber’s season of The Bachelor wrapped in March, ABC dropped photos of the 32 contestants for Clare Crawley’s The Bachelorette 2020. By the end of the premiere, only 23 bachelors will remain on Clare’s journey to find the man of her dreams.

2020 energy ⚡️ Edit: What needs to be said, Is that this “energy” was hard earned for me this past year. And this photo is to remind MYSELF how hard I’ve worked and fought for my peace and happiness. And the truth is that I probably wouldn’t have posted it in the past.) But guess what… 2019 was awful tough. I don’t show it often, but there were so many days where I wanted to just crumble. But my CHOSEN family, and 2 sisters fought right along side me when I was struggling. (Ya I said it) And I am forever forever grateful!! They held me up when the weight of my moms diagnosis crushed my soul. We fight together. So ya, here’s my 2020 energy⚡️, and who cares if I gained weight, earned a few more wrinkles and have a goofy looking chipped front tooth! I worked hard for this happiness. Thank you for coming to my TED talk 💜