Dalma Maradona is an Argentine actress who is best known for being the daughter of Diego Maradona, who was an Argentinian football legend and winner of the 1986 World Cup. As an actress, she is known for La venganza de Ira Vamp (2010), Orillas (2011), and Cebollitas (1997).

Dalma debuted in 1997, at the age of 9, in the children’s television series Cebollitas, which recounted the history of a group of children who played soccer in a neighborhood club. She played the role of Sofia.

In 2003, she recorded scenes for a chapter of the “Hospital Públicu” unit that aired on the screen of América TV. She played the role of a pregnant teenager who arrives at a hospital guard with contractions. Later, in 2005, she made her debut in the theater queue for the children’s play “Little Red Riding Hood and the Rain” in the Broadway Theater of Corrientes Avenue.

Dalma had her only film debut in 2008 in the film La Rabia, directed by Albertina Carri. 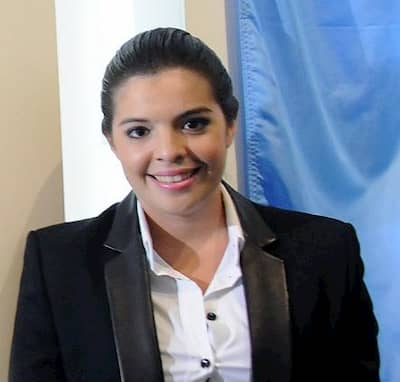 Dalma’s height is not yet disclosed.

Dalma’s father Diego Maradona was an Argentine professional footballer and football manager who was widely regarded as one of the greatest football players of all time, and by many as the greatest ever.

He won the World Cup with Argentina in 1986, having knocked England out of the tournament in a match which saw him score the famous ‘Hand of God’ goal.

Her father passed away at home in Tigre after suffering a heart attack, according to reports in Argentina. He was recovering at home following brain surgery in Buenos Aires, where he was successfully treated for a possible bleeding on the brain earlier this month. However, according to Clarin.com, while recovering at home, Diego Maradona suffered a heart attack and passed away shortly afterward.

Dalma has been married to Andrés Caldarelli since March 23, 2018, and the couple is blessed with one child.

Dalma has an estimated net worth of around $1 million as of 2020.