David Olney was an American folk singer-songwriter who died on January 18, 2020, while performing onstage at the 30A Songwriter Festival in Santa Rosa Beach, Florida.

Olney attended the University of North Carolina at Chapel Hill but did not graduate. In 1971, he joined Bland Simpson’s band Simpson. The band recorded one album in New York, and then Olney relocated to Atlanta in 1972.

In 1973, he moved to Nashville, attempted to sell his songs to record labels, and then formed the band The X-Rays, who recorded two albums for Rounder Records, appeared on Austin City Limits, opened for Elvis Costello, and broke up in 1985.

He performed as a solo singer-songwriter, and released more than 20 albums over four decades, including 6 live recordings. Olney collaborated with artists such as Sergio Webb and John Hadley. 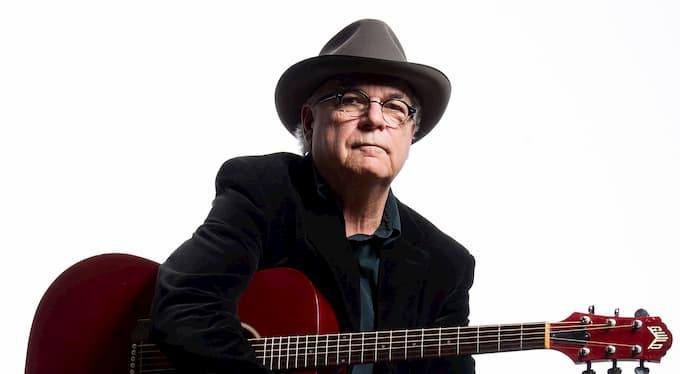 His songs were covered by and co-written with Emmylou Harris, Del McCoury, Steve Earle, Linda Ronstadt, Steve Young, and Laurie Lewis, among others.

Olney was married to Regine and together they resided in Nashville, Tennessee. The couple had a son, Redding, and a daughter, Lillian.

Olney died on January 18, 2020, after apparently suffering a heart attack during a performance at 30A Songwriters Festival in Santa Rosa Beach, Florida.

His publicist confirmed his passing. According to songwriter Amy Rigby, who was performing alongside Olney on January 18 at the 30A Songwriters Festival, Olney died onstage during a performance. In a Facebook post, Amy Rigby stated, “Olney was in the middle of his third song when he stopped, apologized and shut his eyes…I just want the picture to be as graceful and dignified as it was, because it at first looked like he was just taking a moment.”

“Last night we lost David Olney, one of the finest songwriters I have had the pleasure of playing with and knowing. When I did my first show with him ( maybe 5-6 years ago) my friend Robin Williams said, ‘Oh, you are in for a treat’ and indeed I was. What a force. What a writer.” “And what a nice guy. We always talked of Anne McCue, Robin and Linda Williams and who saw them last; last night we also spoke of our mutual love for Modernist Poetry.”

“Then we started our set in the round with Amy Rigby,” he added. “David was playing a song when he paused, said ‘I’m sorry’ and put his chin to his chest. He never dropped his guitar or fell off his stool. It was as easy and gentle as he was. We got him down and tried our best to revive him until the EMT’s arrived. The world lost a good one last night. But we still have his work. And it still inspires. And always will. RIP.”