Derek Fowlds was an English actor who was best known for playing Bernard Woolley in the British television comedies Yes Minister and Yes Prime Minister. He was also known for playing Oscar Blaketon in the long-running ITV police drama Heartbeat, a role he played for 18 years.

He then became familiar to British television viewers as ‘Mr. Derek’ in the children’s series The Basil Brush Show, replacing Rodney Bewes as a presenter. Fowlds played the role of Lord Randolph Churchill in the ATV series Edward the Seventh (1975). He played Bernard Woolley in Yes Minister and its sequel Yes, Prime Minister alongside Nigel Hawthorne and Paul Eddington.

From 1983 to 1985, he played the lead role in the sitcom Affairs of the Heart. He featured in a more sinister role in the 1990 political thriller Die Kinder. He then played Oscar Blaketon in the long-running ITV police drama nostalgia series Heartbeat for its entire run. 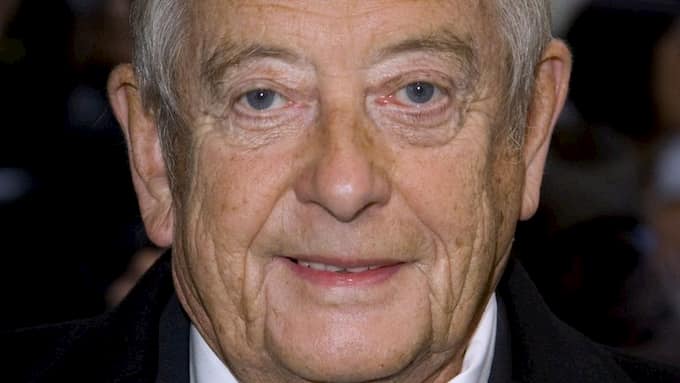 Fowlds was the son of Ketha Muriel (née Treacher) and James Witney Fowlds, a salesman. He studied at Ashlyns School, a former Secondary Modern School in the historic town of Berkhamsted in Hertfordshire.

Fowlds was married twice. He was first married to Wendy Tory from 1963 to 1973 and then married Lesley Judd, Blue Peter presenter, and dancer. He was the father of two children including the actor Jeremy Fowlds.

Fowlds had an estimated net worth of between $1 Million – $5 Million at the time of his death.

Fowlds died on 17 January 2020, at the Royal United Hospital Bath having suffered from pneumonia.

His personal assistant and friend of many years Helen Bennett said, “He was the most beloved man to everybody who ever met him. He never had a bad word to say about anybody and he was so well respected, adored by everyone.

“You couldn’t have met a nicer person ever, he was just a wonderful man and I will miss him terribly.”

I don’t know what to say, I’m so desperately sad. ???such times we had, rest in peace Mr Derek, my best friend forever #DerekFowlds #BasilBrushshow pic.twitter.com/iQqI8v1Plm

my darling #DerekFowlds my friend of so many years & so many adventures has gone on on his awfully big adventure , mybog heart hurts today but my memories will be filled with smiling memories . my deepest love goes out to his family who he loved so dearly ❤️ pic.twitter.com/BNvj0Er4h4

Piers Morgan described him as “a terrific actor & by all accounts, an incredibly nice man.”

Famous for being Bernard in Yes Minister of course – but also forever known as Mr Derek to @realbasilbrush.. pic.twitter.com/OSjrzKWlcF