Diane Dimond is an American investigative journalist, blogger, columnist, and TV commentator. She is best known for reporting the news of child harassment charges against singer Michael Jackson and her coverage of the resulting criminal trial. She served as a reporter for Hard Copy, Plus, NBC, Entertainment Tonight, Court TV, and Investigation Discovery.

Dimond attended Highland High School, Dimond worked as a receptionist at KGGM, a CBS-affiliated Albuquerque television station. It was there that she became involved in radio journalism.

Dimond started her career at KOB Radio as a reporter, covering legal and policy affairs. In 1976, she received the Silver Gavel Award from the American Bar Association for her special work on the misappropriation of funds by the Albuquerque Sheriff’s Office. She moved to Washington, D.C. in 1976, where she anchored newscasts for NPR’s All Things Considered. Dimond was a congressional and government reporter for RKO Radio Networks from 1980 to 1986. In 1986, Dimond landed her first on-air television service at the flagship CBS station WCBS-TV in New York City.

For the past four years, she has received a variety of nominations for high-profile scandals, including an investigative series on chromium poisoning in New Jersey, a Long Island child harassment case, and a Mary Beth Whitehead/Baby M surrogacy case. In 1990, Dimond became an investigative journalist for the TV news program Hard Copy. During her seven-year term, she covered some of the most scandalous court trials in the world. In addition to the OJ Simpson case,  interviews were done with Heidi Fleiss, Hollywood Madame; Pamela Smart, who was accused of persuading her high school student/lover to kill her husband, Kenneth Bianchi, Hillside Strangler; James Earl Ray, Martin Luther King Jr.’s assassin; Jeffrey McDonald, Green Beret Killer; and Richard Allen Davis, Polly Klass’s assassin.

In 1998, Dimond moved to NBC News, working with Geraldo Rivera on UpFront Tonight, a weekly CNBC newscast where she co-anchored the show and reported some of the high-profile headlines of the moment, including former President Bill Clinton’s prosecution hearing. She went on to cover the 2000 general race, and Florida recounted MSNBC as a daytime reporter. After leaving MSNBC in the summer of 2001, Dimond began her freelance career working as an anchor for Court TV and following the terrorist attacks of September 11, 2001, as an anchor for FOX News’ War on Terror coverage. Dimond has worked as a guest on-air reporter for a host of other shows and networks, including CNN.

Dimond is 68 years old as of 2020. She was born on 15 November 1952 in Burbank, California, United States. She celebrates her birthday on 15th November every year. 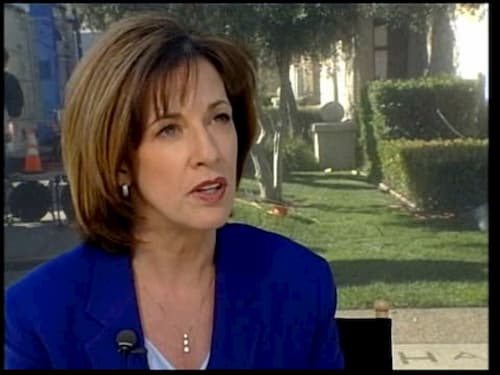 Dimond is the only child of Ruby and Allen Hughes. The family moved to Albuquerque, New Mexico where her parents owned and operated the Hughes Meat Co.

Dimond’s first husband was Chuck Dimond, a news anchor with a daughter, Jenna. They divorced in 1974. Dimond married a television journalist, an anchor for CBS Radio News, and a voice-over Michael Schoen in January 1991.

Dimond has an estimated net worth ranging between $1 Million – $5 Million which she has earned through being a journalist.

In 2003, British journalist Martin Bashir published a documentary named Living with Michael Jackson, which focused on the story of a young cancer survivor, Gavin Arvizo, and his family who had been living with Jackson since 2000. Jackson mentioned getting sleep-overs with Arvizo and other children in the documentary. The documentary outraged audiences and prompted a new investigation into claims of child harassment. Following a fresh round of charges against Jackson, Dimond was persuaded by Court TV to become their full-time Chief News Correspondent to cover the case and eventual prosecution.

It was around this period that Dimond started writing about her decade of participation in the prosecution of the case. Her book Be Careful Who You Love: Inside the Michael Jackson Case was published in 2005 by Simon and Schuster/Atria. During the Jackson trial, Dimond became the target of an extreme abuse and intimidation campaign organized by Jackson fans who alleged that Dimond’s coverage was unfair and anti-Jackson. Despite obtaining a restraining order, the harassment persisted. After Jackson was acquitted in 2005 and her contract with Court TV ended, Dimond took a break from television, only rarely featuring on TV as a special guest reporter.