Bleu Travolta is also known for appearing in several movies including, Old Dogs (2009), The Poison Rose (2019). She started acting when she was 9 years old.

Bleu Travolta is 20 years old as of 2020. She was born on April 3, 2000, in California, United States. She celebrates her birthday on 3rd April every year.

Bleu Travolta is the second born child of  John Travolta and Kelly Preston. Her parents got married in 1991. The two had collaborated on the science fiction film Battlefield Earth (2000) and the biographical film Gotti (2018). They lived in Ocala, Florida until the death of her mother on July 12, 2020, after two years of treatment for breast cancer. 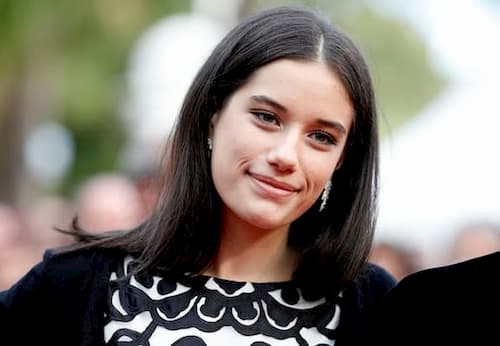 Kelly Preston was previously married to actor Kevin Gage from 1985 until their divorce in 1987.

Bleu Travolta’s father, John Travolta, is an American actor, singer, dancer, and pilot. He is best known for appearing on the television series Welcome Back, Kotter (1975–1979), and for starring in the box office successes Saturday Night Fever (1977) and Grease (1978).

Bleu Travolta’s mother died on 12, 2020, at the age of 57, two years after she was diagnosed with breast cancer. Her death was announced on an Instagram post by her husband, John Travolta.

It is with a very heavy heart that I inform you that my beautiful wife Kelly has lost her two-year battle with breast cancer. She fought a courageous fight with the love and support of so many.  My family and I will forever be grateful to her doctors and nurses at MD Anderson Cancer Center, all the medical centers that have helped, as well as her many friends and loved ones who have been by her side. Kelly’s love and life will always be remembered. I will be taking some time to be there for my children who have lost their mother, so forgive me in advance if you don’t hear from us for a while.  But please know that I will feel your outpouring of love in the weeks and months ahead as we heal. All my love, JT

Bleu Travolta has a younger brother named Benjamin Travolta. Her older brother, Jett Travolta, died on January 2, 2009. He was described as suffering from Kawasaki disease as an infant and had a history of seizures. He died at the age of 16 while on a Christmas vacation in the Bahamas.

Bleu Travolta is very private about her personal life therefore it is not known if she is in any relationship. There are also no rumors of her being in any past relationship with anyone.

Bleu Travolta has an estimated net worth of $3 million which she has earned through her acting career.