He had been elected to the Jacksonville city council in 1967 and served until 1979; he was city council president from 1971 to 1978. When mayor Hans Tanzler announced he would be resigning his position to run for governor of Florida in 1978, Godbold was appointed to take his place for the last six months of the term.

Godbold was elected in 1979 and re-elected in 1983. During his time as mayor he initiated a number of “brick and mortar” projects to revitalize the city’s failing downtown. Godbold initiated the efforts to secure an NFL team, initiated the construction of the Jacksonville Landing, started the Jacksonville Jazz Festival, and the Southbank Riverwalk, and secured funds for public housing that had been taken away by the federal government. Godbold’s “creative” use of bond financing meant eight years of capital construction projects by the city. 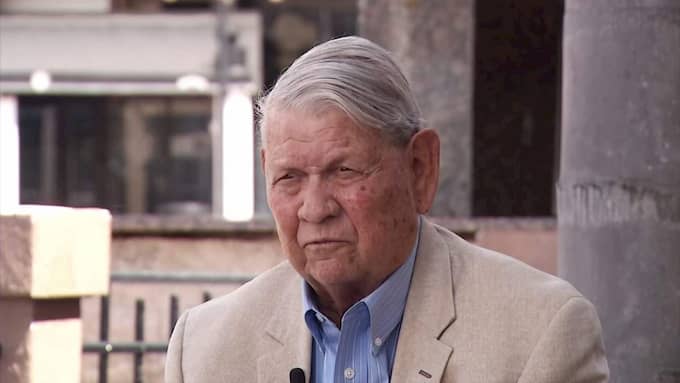 Jake was married to Jean Godbold till the time of her death in 2013. The couple tied the knot at Wesley Fellowship United Methodist Church, 5400 N. Pearl St. and they stayed married for 57. Jean died of complications from a stroke at the age of 82.

She had managed to stay out of the spotlight during her husband’s tenure as mayor from 1978 to 1987 but was always supportive of his political career. Jean preferred to keep a low profile, a decision that Godbold left up to her.

Jean worked as a secretary for Southern Bell for 20 years. She later served as an office manager for Godbold’s company, Gateway Chemicals, for about 20 years before her retirement.

Godbold’s net worth is currently under review and will be updated as soon as the information is available.

Godbold died on January 23, 2020. The news of his death was confirmed by his family and previous mayors.

His son, Ben, said his father died of a heart attack.

“It was all very sudden. He was on his way to pick up breakfast and had a heart attack. The firemen told me he did not suffer at all,” he said. “I appreciate everybody’s outpouring of their condolences. I really do. This is obviously a very hard time for my family. We are really going to miss him.”

My statement on the passing of former Mayor Jake Godbold. pic.twitter.com/Dd2FIhKAeN

“I join our city as it mourns the loss of former Mayor Jake Godbold. He loved Jacksonville and continued to serve the city he loved so much well beyond his term in office. He had a huge personality that inspired others to bring their best to the game. I have appreciated the candid advice he has provided me over the years. He will be sincerely missed.”