Jarett Andretti is an American racing driver who is best known for being the son of the late American race car driver, John Andretti, who died on January 30, 2020. His father was a former IndyCar and NASCAR driver.

Jarett then dove back into sports car racing full-time making 10 starts in the 2018 Pirelli World Challenge, while still competing in 24 USAC National Sprint Car races. In 2019, Jarett was focusing on the 2019 GT4 America Series, driving a McLaren for Andretti Autosport in their first foray into the series.
On April 12, 2019, it was announced that Jarett would make his first Indy Lights start at the 2019 Freedom 100, also driving for Andretti Autosport. 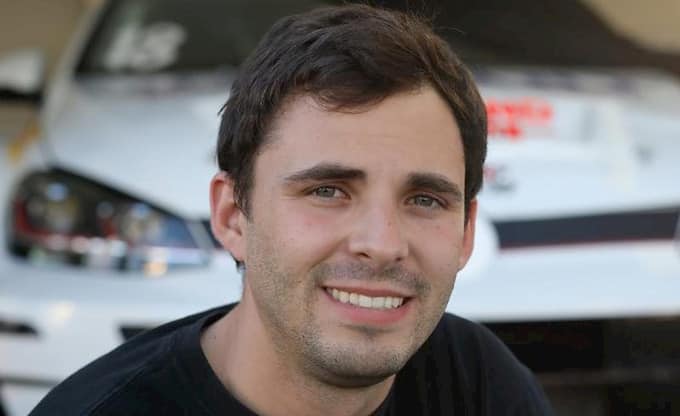 Jarett is the son of the late American race car driver, John Andretti, and Nancy Andretti. He has two siblings; Olivia and Amelia. He is the grandson of Aldo Andretti, Mario’s twin brother.

Andretti likes to keep his personal life private hence he has not revealed any information about his dating life. It is therefore not known if he is married or has any children.

Jarett has an estimated net worth of $2.3 million which he has earned through his successful career as a racing driver.

In April 2017, Jarett’s father, John Andretti, disclosed that he was battling stage four colon cancer. His cancer battle, originally misdiagnosed as Stage III-A cancer, was widely publicized, with him starting a Twitter hashtag called #CheckIt4Andretti, as far as getting a colonoscopy.

After months of chemotherapy, Jarett’s father was deemed cancer-free in late 2017. However, in May 2018, Jarett’s father suffered a relapse of the cancer, which metastasized even further. He went through another round of chemotherapy for the rest of the year, which ended in January 2019. The cancer relapsed yet again in late March 2019.

Andretti Autosport said announced his death in a statement, “It with the heaviest of hearts we share that John Andretti has today lost his battle with cancer. John was a loving husband and father, a devoted son and a trusted cousin. He was a philanthropist, an advocate for the sport, a dedicated teammate, a driven competitor and most importantly a dear friend.”