Jessica Holmes is an American KTLA News Anchor and Morning Show personality. She was the co-host of the popular Nickelodeon TV series Slime Time Live. She is also a morning news anchor of the KTLA Morning News in Los Angeles.

Holmes attended the university of Central Florida, and graduated with a Bachelor of Arts Degree in Radio and Television.

Jessica has anchored from London for the Royal Wedding, interviewed Angelina Jolie and Johnny Depp in Paris, spent a day cooking with Martha Stewart and interviewed Jermaine Jackson about the death of his brother, Michael. Holmes is on the red carpet for all the major Hollywood events, including the Oscars and the Emmys, and co-hosts KTLA’s Emmy Award-winning Rose Parade coverage.

Jessica as well forecasts the weather and has covered breaking news both in the field and in studio, floods, such as wildfires, and the earthquake in Japan. Holmes has won three Golden Mike Awards.

Jessica has been working at KTLA since joining in November 2005 as weathercaster for the station’s Prime News, after winning “The Audition,” a reality show-style competition held on the KTLA Morning News.

She started her television career in 1999. She interned at Nickelodeon and started co-hosting “Slime Time Live” six months later. The series was presented with an award for Outstanding Children’s Program by the Florida Motion Picture and Television Association in 2002. 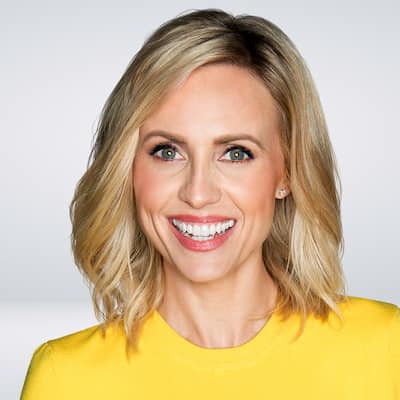 Holmes is married to Arie Solomon who is an actor for Stargate Atlantis. Ari played an unnamed Atlantis soldier, a member of Stackhouse’s Atlantis Reconnaissance Team. The couple tied the knot in march 2015. They are blessed with one son Levi Solomon who was born on 18th October 2015. She resides in Los Angeles, California with her husband and her child.

Holmes has an estimated net worth of $2 million which she accrues from her successful career as a journalist.

Holmes has an annual salary ranging between $100,000-$500,000 approximately. She is a three-time Emmy award winner and 2 times Golden Mic Awards winner.