Joe Emer is an American journalist currently working as the Morning Anchor and Studio10 Host at FOX10. He joined the station in 2007.

Joe began his career at FOX10 as a news reporter before being promoted to Sports Anchor a few months later. Joe, a huge sports fan, enjoyed covering the Jaguars, Tide, and Tigers, among other teams, during his time in the Sports Department. When the opportunity to host Studio10 arose, Joe jumped at it. He believes it has allowed him to not only show more personality but also cover a wide range of topics ranging from news to sports to entertainment. Joe adores Studio10’s upbeat and upbeat atmosphere.

Every day is a new adventure… every day is unique… He says it’s a lot of fun to work on the show. Joe has worked in almost every position in a newsroom at some point. He’s won several awards, including a news Emmy for a story titled “Political Gridlock.” But nothing, he says, is as rewarding as working on Studio10, where he has the opportunity to make a difference every day.

Joe was born and raised up in Wisconsin. He likes to keep his personal life private hence has not yet disclosed the year and month he was born. It is therefore not known when he celebrates his birthday.

Emer’s height is not yet disclosed.

Emer has managed to keep his personal life away from the limelight hence he has not disclosed any information about his parents. It is also not known if Emer has any siblings.

Joe is married to Katie Emer, who he met while working at FOX10. The couple has two children, Eli Emer and Mia Emer. 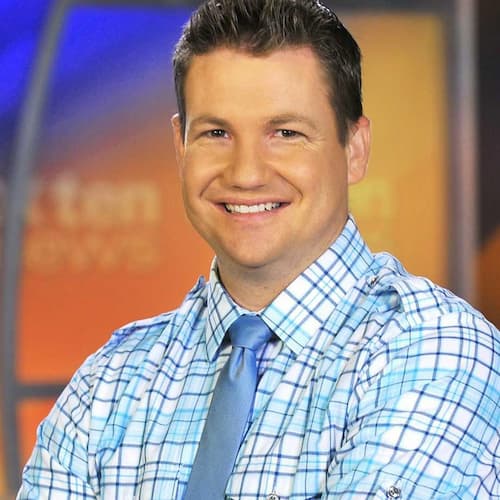 Emer has an estimated net worth ranging between $1 Million – $5 Million which he has earned through being a journalist.