Jon Kelley is an American sports journalist, producer, author, and television personality. He attended the University of Nebraska where he played four seasons as a running back before graduating with a Bachelor of Arts degree in broadcast journalism.

In 1988, he signed as a free agent with the Denver Broncos before embarking on a broadcasting career. Kelley has hosted the final season of ABC’s reality television show The Mole.

He also trains athletes and celebrities on the art of being interviewed. Kelley works for the media training company J2 Strategic Communications.

During Kelley’s eight years in Chicago, he was widely regarded as one of the region’s top sports anchors and directors, covering the World Championship Chicago Bulls in all six of the team’s title seasons. Apart from his nightly sportscasts, Jon hosted the number one rated “Sports Sunday,” WMAQ-TV’s half-hour, expanded sports highlights program. There Kelley shared the anchor desk with some of the city’s most dynamic sports and entertainment personalities, including “Tonight Show” host Jay Leno and NBA star Dennis Rodman among others. He joined WMAQ-TV as a sports reporter and weekend anchor in April 1991.

While at WMAQ-TV, he was part of a sports team that earned such prestigious awards as the Chicago/Midwest Emmy award for producing and anchoring his hour-long special highlighting the Chicago Bulls’ quest for a fifth championship. He also received an Illinois Broadcasters Association Silver Dome Award and the Peter Lisagor Award for Sports Journalism and for Best Sportscast. 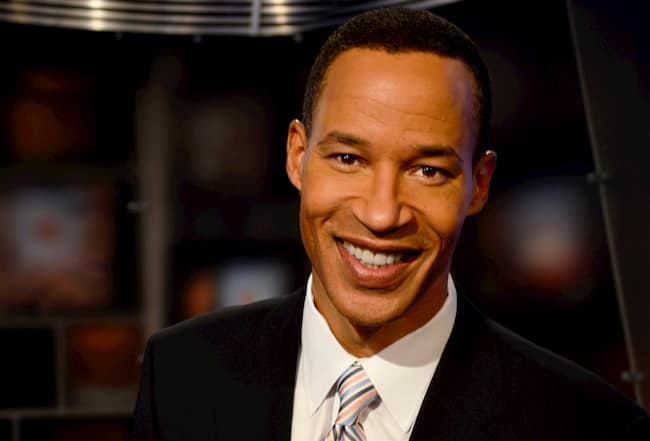 Jon served as the main anchor for the Fox Sports Network’s “The National Sports Report,” and the lead anchor for the weekly series, “Baseball Today.”

ABC and THE MOLE

In December 2007, he co-hosted ABC’s “Holiday with the Stars” and just recently co-hosted ABC’s “All-star Tribute to Movies” on Oscar Sunday. His diverse broadcast career has spanned over 15 years in news, entertainment, and sports. In 2008, he hosted the summer 2008 revival of the reality TV series The Mole, the show previously hosted by Anderson Cooper and Ahmad Rashad.

On July 8, 2011, it was announced that Kelley will join the NBC affiliate in San Francisco as co-anchor of the morning show.

Kelley left San Francisco in November 2013 and returned to Chicago to join the FOX owned and operated station in Chicago to co-anchor Good Day Chicago.

In June 2016, he teamed up with media mogul Byron Allen, joining Allen’s Entertainment Studios. He presumed hosting and producing duties on several of Allen’s television properties, including the revival of the late 1960s game show Funny You Should Ask, launching in syndication in the fall of 2017. He also takes on a role with Entertainment Studios Motion Pictures, working with Freestyle Releasing, acquired by Allen in 2015. He also produces content for Entertainment Studios’ video news platform, TheGrio.com.

Kelley is married to Milan Kelley and the couple is blessed with two children, a son, and a daughter.

Information about how much Kelley receives is currently under review and will be updated as soon as the information is available.

Kelley has an estimated net worth of approximately $1 Million – $5 Million.

He is the co-author of the book “Breaking Into Broadcasting,” a guide to landing one’s first (or next) on-air job in television.