Julie Nelson is an American news anchor working at KARE 11 since September of 2003. She is the evening news co-anchor of KARE 11 News at 5 p.m., 6 p.m., and 10 p.m. each weeknight. Before joining the station, Nelson worked at KSTP-TV.

Nelson grew up in Eau Claire, Wisconsin. She graduated from Eau Claire’s Memorial H.S. in 1990. In 1994, Nelson graduated from Indiana University in Bloomington, Ind. where she received her Bachelor’s degree in Journalism and History.

After staying for few months at KSTP-TV, The Mpls. St.Paul Magazine named Nelson “Best Newcomer”. 12 months later, she was again named one of the area’s “One Hundred People to Watch” by the same magazine.

She has won several awards which include a Regional Emmy Award for anchoring. From City Pages, she won a Regional Murrow award, 3 “Best TV Newscaster” Awards, and the Eric Sevareid award.

Nelson takes her time volunteering to help in certain institutions: Feed My Starving Children, Wooddale Church, Habitat for Humanity, Christian Recovery Center, and Treehouse. From 2002-2005, she also served in Indiana University School of Journalism Alumni Board.

When Nelson was at a young age, she wanted to be Jane Pauley, whose occupation by then was news co-anchor. Her favorite subjects in school were History, English, and political science. Nelson’s great admiration is her mother because of her generosity and kindness. 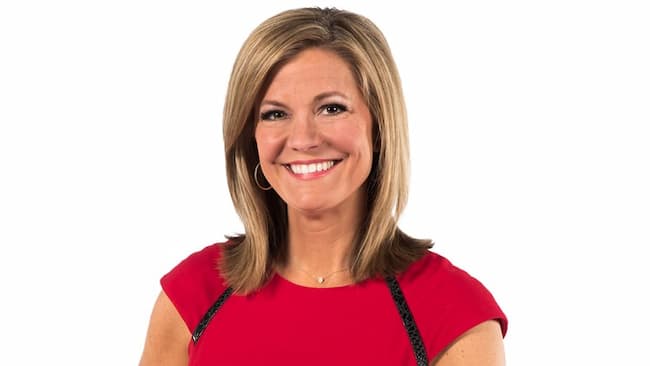 During leisure, Nelson loves going to a coffee shop and orders dark roast black, which she calls”The coffee of the day”. Nelson likes also to watch basketball, though she is not a great fan of sports. She, in addition, loves and perfectly knows how to play golf.

Nelson is 49 years old as of 2020. She was born on 12th November 1971 in the United States. She celebrates her birthday on the 12th of November every year.

Nelson has managed to keep her personal life away from the limelight hence she has not disclosed any information about her parents. It is also not known if Nelson has any siblings. However, when she was asked who is her idol, Nelson said it’s her mother because of her generosity, and kindness.

Nelson is married to Kurt Krumenauer, who comes from the same hometown as her. The couple is blessed with 2 daughters but their names are not yet disclosed. Nelson’s perfect day is on Saturdays when she spends the entire day with her husband and daughters. To her, Saturday was named “family day”. The family gets so excited when the “family day” reaches.

Nelson has an estimated net worth ranging between $1 Million – $5 Million which she has earned through being an anchor.