Kameron Westcott is an American Tv Personality who is best known for starring in Season 5 of The Real Housewives of Dallas which premiered on Tuesday, January 5, 2021, at 9/8c.

She started her Texas life at Southern Methodist University where she met her husband Court. She has a Bachelors degree in Fine Arts. She started to appear on the Bravo series The Real Housewives of Dallas in 2017 and has been a main cast member since then.

Her family name The Westcott is extremely prominent in Dallas; they live in the exclusive neighborhood of Highland Park with their children, their Russian Bulldog, Chunk, and their new puppy, Fanci.

With her house on the market, she is desperately looking for a buyer before her dream house slips away, but her husband is keeping her in the dark on the logistics. As Kameron struggles with her husband treating her as an equal partner, she also has trouble connecting with new housewife Tiffany.

She also starred in the American reality competition Top Chef alongside her husband. In 2009, she won D Magazines Top 10 Most Beautiful Women in Dallas Away. She is also a former style ambassador for Diffa Dallas. Kameron is an active member of Cattle Barons Ball and an active member of the Junior League of Dallas.

Westcott is 37 years old as of 2020. She was born on January 18, 1983, in Montecito, California, United States. She celebrates her birthday on the 18th of January every year. 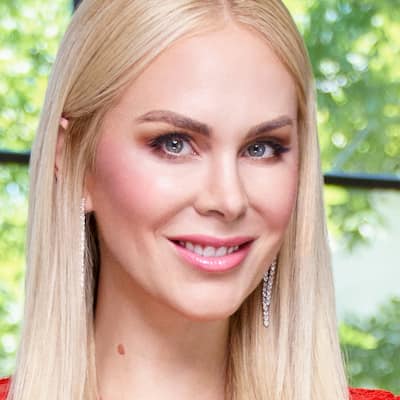 Westcott has managed to keep her personal life away from the limelight hence she has not disclosed any information about her parents. It is also not known if Westcott has any siblings.

Westcott has an estimated net worth of around $5 Million which she has earned through being a TV personality.

In May 2020, Westcott and her husband, Court Westcott, put their home on the market. The five-bedroom, six-bathroom and two-half-bathroom home was listed for $5.125 million.

Westcott will be starring in Season 5 of The Real Housewives of Dallas an American reality television series on Bravo. The show focuses on the personal and professional lives of several women living in Dallas, Texas as they climb their way to the top of the city’s most exclusive circle. With big hearts, big wallets, and even bigger drama, these ladies prove why you don’t mess with Texas, let alone a Housewife.