Katie Steiner is the Fill-in Weather/Traffic Anchor at WCCO This Morning. She previously worked in New Orleans, LA, where she was the weekend morning anchor and weekday morning reporter.

Steiner covered hurricanes, massive flooding events, tropical storms, and even a rare snowfall. Weather has always fascinated Steiner, and she loves forecasting for the state of Minnesota.

Prior to New Orleans, Steiner worked in Spokane, WA where she did a whole lot of everything. Steiner started working as a general assignment reporter, moved to mornings, and finished up her time as the weekend weathercaster. Her first job on-air was at KOMU-TV, where she worked for four years while going to school at the University of Missouri.

Mornings are her passion as she loves waking up well before the sun to make sure you are informed and ready for the day!

She is always active and very involved in her community. When Steiner is not working, you will find her playing tennis, volleyball, swimming, snow skiing, water skiing, cross country skiing, quilting, watching sports, and spending time with family. Steiner is also very involved in her local church, singing at Saturday night mass. 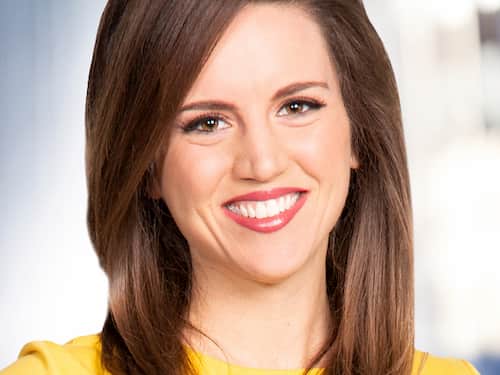 Steiner likes to keep her personal life private hence has not yet disclosed the year she was born. She celebrates her birthday on 15th June every year.

Steiner stands at an average height. However, her exact height is not yet disclosed but will be updated as soon as her body measurements are available.

Steiner was born and raised in Hastings, Minnesota. She has two siblings, a brother, Danny Steiner, and a little sister. Her brother, Danny, is a Naval officer who was sworn in by their retired army reserve general grandfather. Her sister is a navy nurse who got home in April 2019 after her deployment.

Steiner is married to John Hunt since September 24, 2016. The two started dating in 2012 and were engaged in September 2015. In June 2020, the couple welcomed their first child, a daughter named Hannah Rose.

Steiner has an estimated net worth of around $1 Million which she has earned through her career as an Anchor.

Information about how much Steiner receives is currently under review. However, according to sources, the average salary of a reporter/anchor at WCCO-TV is estimated to be around $83,378 per year.