Kiernan Shipka is an American actress who is best known for her role as Sabrina Spellman in the Netflix series Chilling Adventures of Sabrina.

She is also known for her role as Sally Draper in the AMC drama series Mad Men. Shipka also appeared as B. D. Hyman in the FX series Feud: Bette and Joan and voiced Jinora in the The Legend of Korra.

Kiernan made her television debut at five months of age as a baby on the hospital drama, ER. She began doing commercial-print modeling when she was a baby. As part of Mad Men’s ensemble cast, Shipka won the Screen Actors Guild Award for Outstanding Performance by an Ensemble in a Drama Series in 2008 and 2009. 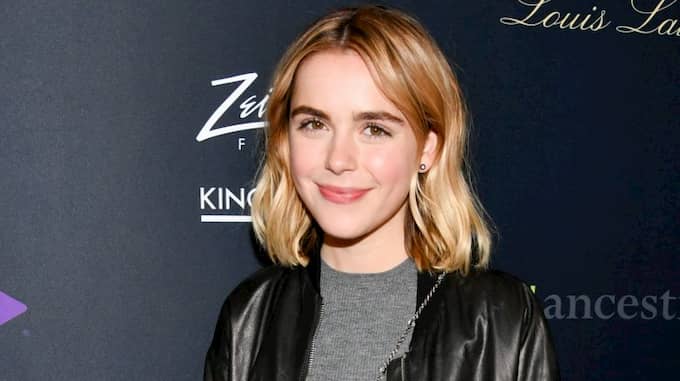 She has received praise for her performance on Mad Men. Initially a recurring guest star, she was upgraded to a series regular with the start of season four. Shipka got the part after two auditions.

Her credits after Mad Men include Flowers in the Attic (2014) and a dual role in the Oz Perkins horror film, The Blackcoat’s Daughter (2015).

In January 2018, it was announced that Kiernan Shipka would be starring as Sabrina Spellman in Netflix’s Chilling Adventures of Sabrina series based on the comic series of the same name. The first season was released on October 26, 2018 by Netflix.

Shipka is the daughter of John Young Shipka, a real estate developer, and Erin Ann (née Brennan). She has been taking ballroom dancing classes since the age of five. Shipka’s family relocated to Los Angeles, California when she was six to support her acting career. She has a sister.

On Sabrina, Shipka dates Nick Scratch (Gavin Leatherwood). Fans have been wanting more and more but it seems for now that the pair are currently just friends.

Shipka has an estimated net worth of $3 million which she has earned through her successful career as an actress.

me watching #CAOS with all of my Netflix snacks