Kuli Roberts is a South African fashion and beauty tabloid television presenter and journalist. She is well known for co-hosting the SABC2 reality television show ‘What Not To Wear’.

She replaced Dineo Ranaka as the female co-host of the SABC1 gossip show The Real Goboza for the second and third seasons, from 2008-2009.

She was the editor of Drum Magazine, Fashion, and Beauty. She was as well a columnist of Sunday World. From 2004 to 2005 she was a TV Host at SABC 2.

Robers’ co-hosted the SABC1 gossip show called ‘The Real Goboza’ for the second and third seasons from 2008 to 2009. From 2010 to 2013 she hosted the celebrity gossip magazine show ‘Headline’.

She became a TV Host at Mzansi Magic and in 2012 she became a co-host at Kaya FM 95.9. In 2013, Later she was one of the celebrities to compete in the sixth season of the SABC3 reality competition ‘Strictly Come Dancing’. In July 2016 she was of the four personalities headlining SABC3’s daily talk show ‘Trending SA’. 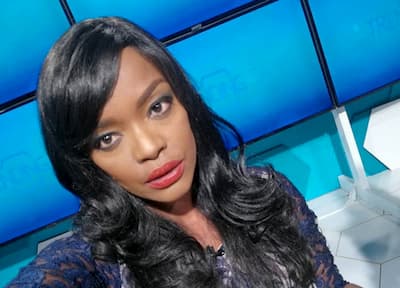 Roberts was married to Beyers Roberts in 1990 but they later divorced.

In an interview with News24, She had this to say about her divorce, “Ever since I got divorced many years ago I haven’t gotten into several serious relationships because I fear heartbreak. As much as I am strong I also have a vulnerable part and I believe that is something one should always safeguard.

One of the best things I have learned in life is not to take what people say about you personally because it can destroy you. From The roast in 2012 where people took a swipe at me to all the hate mail I focus on the positive of my life understanding that sometimes when people attack you it’s because of their own insecurities.”

She has two children from her marriage with Beyers Roberts. She has a daughter named India Tembela and a son named Laeun. Her son is a sportsman.

Roberts has an estimated net worth ranging between $ 1 million-$ 5 million approximately.

Information about how much Roberts receives is currently under review and will be updated as soon as the information is available.