Lexi Wilson is an American TV personality, model, and beauty pageant who is best known for starring on Below Deck Mediterranean.

Lexi Wilson is an American TV personality, model, and beauty pageant who is best known for starring on Below Deck Mediterranean which premiered on Monday, June 28 at 9/8c on Bravo.

Wilson attended and graduated from Langston University with a bachelor’s degree of Science in Biology. She is a beauty pageant who has won Miss Universe Bahamas 2013 and represented her country at the Miss Universe 2013 pageant.

While she was in Florida, Wilson coincidentally met a yacht captain who invited her to come work as a stewardess on his boat and hasn’t looked back since. She joins the season 6 crew as the second stew and is always one to prioritize service to the guests.

Wilson is 30 years old as of 2022. She was born in 1992, in Nassau, The Bahamas, United States. It is however not known when she celebrates her birthday.

Wilson was born and raised in the Bahamas by her parents. Her dad passed away in May 2020. She was very close to her father and went through a terrible time when he passed away. After his death, she posted on her Instagram. 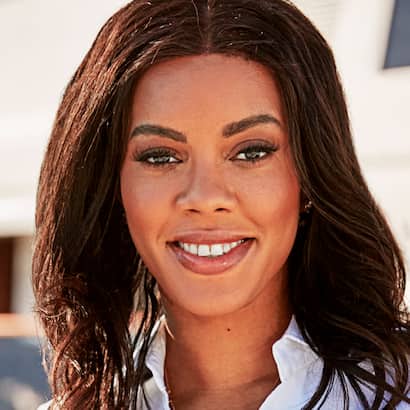 Wilson is very private about her personal life therefore it is not known if she is in any relationship. There are also no rumors of Wilson being in any past relationship with anyone.

Lexi Wilson has not named or even confirmed that she has an alleged fiance, but we were given a hint by her co-star Malia White.

Wilson has an estimated net worth ranging between $500k – $3 Million which she has earned through being a Tv personality.

In season 6, you will meet Captain Sandy Yawn and bosun Malia White who are back for another incredible season with Below Deck Med returning to Croatia for the first time since Season 2. Joining the show are other totally new crew, including chief stew Katie Flood, chef Mathew Shea, deckhands David Pascoe, Lloyd Spencer, and Mzi “Zee” Dempers, and stews Lexi and Courtney Veale.

The table below answers some of the frequently asked questions about Wilson.