Madison Reyes is an American Actress and Singer who is best known for starring as Julie in the musical television series “Julie and the Phantoms” which is set to premiere on September 10, 2020.

Reyes is one of the cast members of Julie and the Phantoms a NetFlix show set to premiere on September 10, 2020. She is starring alongside Charlie Gillespie, Jadah Marie, Jeremy Shada, Owen Joyner, Savannah Lee May, and others.

The series is about a teenager Julie who finds her passion for music and life while helping the Phantoms, a trio of ghostly guys, become the band they were never able to be. Julie is an aspiring singer who rediscovers her love for music when a band of ghosts appears in her garage. Julie is Madison’s breakthrough role. The show was produced by High School Musical director Kenny Ortega.

Reyes is a huge anime fan as she loves anime so much that she mentions it in her Instagram bio. Recently, she told JustJared: “I’ve been watching anime since the 6th grade, and my love for it has only grown. The most recent anime I finished was Demon Slayer.” 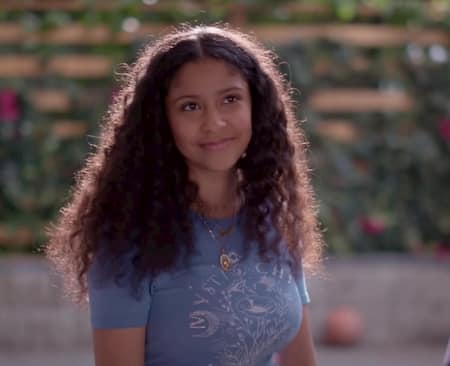 Reyes is Puerto Rican and American. She is the daughter of Maggie Reyes (Army Reserve). Her mom has been in the army reserve for 19 years. She has however not disclosed the name of her father. It is also not known if she has any siblings. She resides in Pennsylvania with her parents.

The Inspiration for the outfit in this scene is to pay homage to my mother Sergeant Reyes, who has been in the army reserve for 19 years! Thanks mommy for always showing me how to become a strong Puerto Rican woman that could do anything if you set your mind to it.(And that goes for any girl in the world too!) #GirlPower #ThatsMyMom #FamilyMotivatesFamily #ArmyStrong #JATPFamily #TeamReyes🇵🇷

Reyes is very private about her personal life therefore it is not known if she is in any relationship. There are also no rumors of her being in any past relationship with anyone.