Maeve Press is an American comedian, writer, and actress from New York City who is best known for starring in the new Freeform series “Everything’s Gonna Be Okay.”

Press is also known for being the youngest comedian ever to perform at Boston’s Women in Comedy Festival and has played other festivals including Hoboken and Burbank Comedy Festival.

Press made her Off-Broadway debut at the iconic Public Theatre in the critically acclaimed play “Before Your Very Eyes“. She also starred in the Orlando Film Festival and Amsterdam Film Festival Award-winning indie film “Theresa Is a Mother” and the popular PSA “Why Can’t Girls Code“.

She recently profiled on NPR’s Here & Now and has performed in clubs, bars, and basements throughout NYC, LA, Boston, and more. Her influences are Audrey Hepburn, Nina Simone, Tig Notaro, Melissa Benoist, and other superheroes. 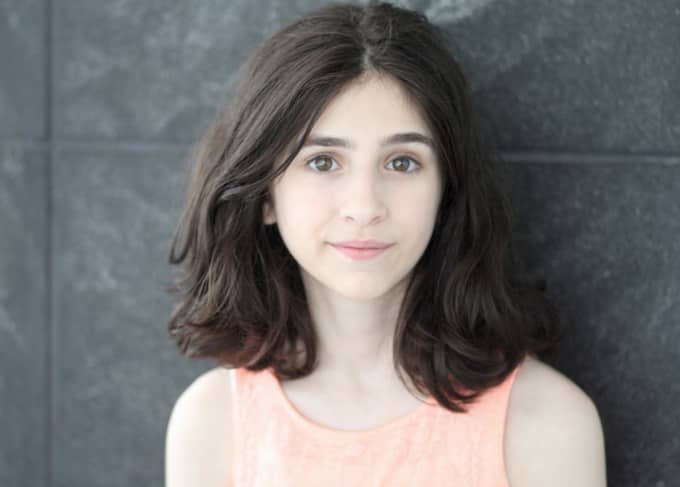 Press was born in 2003 in New York City, United States (she is 16 years old as of 2019.) It is however not known when she celebrates her birthday.

Maeve is currently not in any relationship.

Maeve has an estimated net worth of between $50K – $100k which she has earned through her acting career.

Nicholas is a neurotic twenty-something visiting his dad and teenage half-sisters, one of whom is on the autism spectrum. When Nicholas’ trip is extended due to his father’s untimely death, the siblings are left to cope with not only a devastating loss, but also the realization that Nicholas is the one who will have to rise to the occasion and hold it all together.

Navigating autism, budding sexuality, consent, parenthood, adolescence, family and grief, the heartfelt comedy follows this imperfect family as they discover the importance of finding happiness in the middle of really difficult moments, one awkward conversation at a time.