Mark Mester is a general assignment reporter for KTLA 5 News since joining the team in May 2014. Mester loves hearing and reporting great stories, and let’s just say he likes talking, too.

He has held jobs both behind and in front of the camera but credits his growth in this business to the time he spent in Santa Barbara, California, working with the talented veterans at KEYT-TV.

He began his career at NBC News in NYC at the age of 20. After he finished his internship, he started working for the KRCR New Channel Seven News team in May 2011, after which he switched to the KEYT TV station to work as a reporter.

He attended the University of California and graduated with a Bachelor’s degree in Business Economics.

During his free time, you will find him in the water surfing, on the tennis court, or devouring a delicious bowl of gelato.

The information will be updated soon. 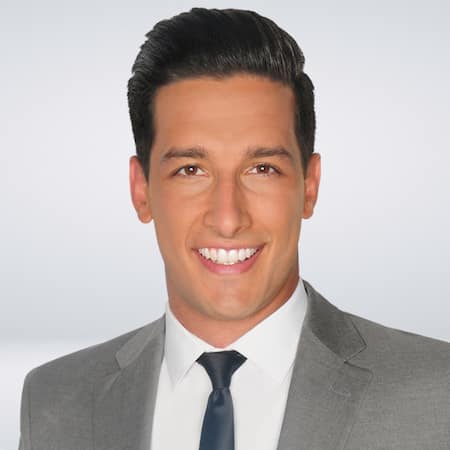 Mester was born in Budapest, Hungary, and immigrated to America when he was two years old. He has two siblings, a younger brother named Luke and an older brother called Matt. He has lived in several places including, Pennsylvania, Connecticut, New York City, Florida, and California.

Mester is very private about his personal life therefore it is not known if he is in any relationship. There are also no rumors of him being in any past relationship with anyone.

Mester’s net worth is currently under review. However, the information will be updated soon.

Information about how much Mester receives is currently under review and will be updated as soon as the information is available.