Marla Gibbs is an American actress, writer, comedian, singer, and television producer whose career spans five decades. She is best known for her role as George Jefferson’s maid, Florence Johnston, in the CBS sitcom, The Jeffersons (1975–85).

She studied at Wendell Phillips Academy High School in the Bronzeville neighborhood on Chicago’s South Side where she graduated in 1949. After high school, she moved to Detroit, Michigan, where she attended Peters Business School.

Gibbs is 89 years old as of 2020. She was born as Margaret Theresa Bradley on 14 June 1931 in Chicago, Illinois, United States. She celebrates her birthday on 14th June every year.

Gibbs is the daughter of Douglas Bradley, who was a mechanic and Ophelia Kemp, who worked at a grocery store, before working in a restaurant and later on, a minister. When Marla was four years old her parents divorced.

They later reconciled although her mother died in 1967 and Marla was raised by her father who died in 1974, she described her father as wonderful.

Gibbs married her high school sweetheart Jordan Gibbs in 1955 but they divorced in 1973 after 18 years of marriage. She has said that she felt a sense of displacement in her early adult years and marrying Gibbs was an escape hatch since she didn’t really know him. She said in an interview that her marriage was often turbulent. Gibbs said she needed freedom which lead her to shortening her name and filing for divorce in 1973. 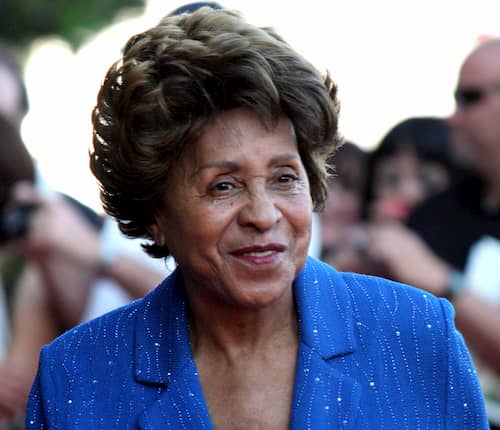 Gibbs is a mother of three children, Angela Gibbs, Dorian Gibbs, and Joseph Gibbs. Her daughter Angela Gibbs is also an actress and has appeared on the TV show Sanford and Son and movies such as Together Brothers, Drumline, and Think Like A Man Too.

Gibbs’s daughter, Angela Gibbs, is also an actress, director, producer, writer, and acting coach. She is known for her recurring role on the AdultSwim comedy series, Black Jesus.

She has won two NAACP Image Awards for her theatrical productions which include the Broadway play, ‘Checkmates’ and ‘The Meeting’. She was a senior writer for the Trumpet Awards for nine years. She has also taught at Spelman in the Drama Dept.

Gibbs started her career as a reservations clerk for United Airlines and was transferred to Los Angeles in 1969. She started studying acting as a hobby.

In 1981, she starred in the show’s spin-off ‘Checking In’ and also in the NBC sitcom, 227 (1985–90) which she co-produced the latter series, played the lead role of Mary Jenkins and sang the theme song. She also co-starred opposite Cole in the TV movie Lily in Winter.

From 1975 to 1985, Gibbs played a role as George Jefferson’s maid, Florence Johnston, in the CBS sitcom, The Jeffersons.

On May 20, 2019, Marla Gibbs reprised her role as Florence on Live in Front of a Studio Audience: Norman Lear’s All in the Family and The Jeffersons, less than a month to her 88th birthday.

She made a surprise appearance on the episodes of “All in the Family” and “The Jeffersons” that Jimmy Kimmel re-staged on ABC Wednesday night.

Right at the end of the 90-minute live tribute to Norman Lear, one original “Jeffersons” cast member popped in for a surprise appearance, re-inhabiting the role she first played nearly 50 years ago.

The moment Marla Gibbs appeared on screen, the audience in the studio erupted into thunderous applause. It was quite a shock, especially when the cast list for the episode didn’t have Gibbs listed anywhere on the episode. The role of Florence was originally supposed to be played by actress Justina Machado.

She starred as Florence Johnston, the wisecracking maid to the Jeffersons, and she is one of the only surviving members of the show’s main cast.