Marques Ray is an American comedian and actor best known for his roles on MTV’s Wild N’Out, Our Footloose Remake, Kröd Mändoon and the Flaming Sword of Fire, and TiMER.

He is also known for appearing in Nick Swardson’s Pretend Time, Mind of Mencia, Party Over Here, Dr. Ken, Our Footloose Remake, Adam Ruins Everything, Superstore, The UCB Show, Fresh off the Boat, The Conners, and more.

He studied advertising and public relations in school because he didn’t want to continue in the grape-picking business. Ray attended San Diego State University, then graduated from Cal State- Bakersfield with a degree in communications in 2004.

He first started performing as a singer with the R&B group “MFC.” Ray later joined the Hip-Hop group “Hot-Squad,” based out of Bakersfield, California. People thought it was a joke, even though Ray was dead serious, and continued to follow Marques, expecting a comedy show. 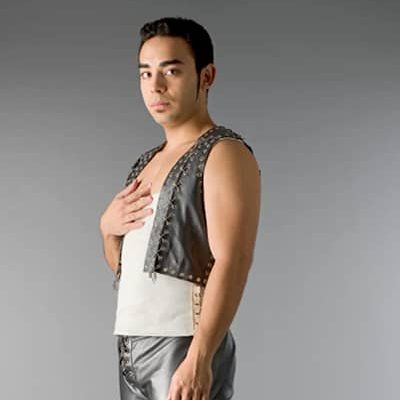 Ray is the son of Linda Baca Mascarinas and Ceferino Mascarinas Sr. He has two brothers, Ceferino Jr. and Sean. Their mother sadly passed away in September 2019. He is a Dodger season ticket holder and he loves his Grandma.

Ray is married to Daisy Sanchez who is a musician. The couple tied the knot on May 29, 2015, and are blessed with a daughter, Camila, who was born in 2017.

Daisy Sanchez who was born November 27, 1984, started out as a Latina Mariachi-inspired musician, diversifying to songwriting and singing both originals and covers on YouTube.

Ray has an estimated net worth of between $1 Million – $5 Million which he has earned through his career as a comedian.

Not only did we have fun making this show #BrewsBrothers, but we also had fun making it (I had ONE beer already). Loveyouguysbyeeee. @netflixisajoke