Matt Gutman is an American reporter for ABC News where he works as the network’s Chief National Correspondent and appears on various programs for the network.

Gutman was the host of the U.S. weekly TV series Sea Rescue which ended in September 2018. It was the 2016 Emmy recipient for “Outstanding Children’s Series.”

Gutman is also the author of the book, The Boys in the Cave: Deep Inside the Impossible Rescue in Thailand which is about the international rescue of the soccer team from a cave in Thailand in July 2018.

Gutman studied at Newark Academy, where he was honored as a scholar-athlete football player. He graduated from Williams College in 2000. 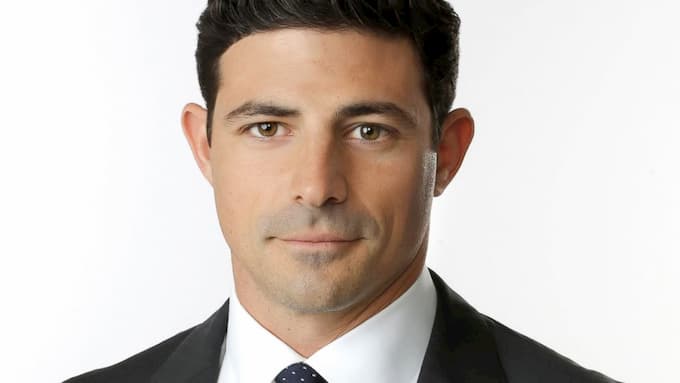 Gutman started his career in late 2000 as a freelance reporter in Argentina. Gutman’s First published article was for the now-defunct English language Buenos Aires daily. From 2001-2005, he worked for the Jerusalem Post based in Israel covering the Israeli-Palestinian conflict.

Gutman also worked for USA Today before moving to ABC News Radio in 2006. He lived in the Middle East for nearly eight years, covering most major conflicts, including the wars in Iraq and Afghanistan, Syria and Lebanon, and filing dispatches nearly every country in the region.

In 2008, he moved to Miami, Florida in for ABC News and began appearing on various programs and platforms for the network including ABC World News Tonight, Nightline, Good Morning America, and the network’s magazine show 20/20. Matt has filed reports from over 40 countries for ABC News over the past decade.

In 2014, Gutman took over the hosting duties for Sea Rescue and hosted about 120 episodes of the show. In late 2016, while reporting on the collapsing health care system of Venezuela, Gutman was detained for five days by police and intelligence services.

In November 2018, Gutman published his first book “The Boys in the Cave.” The book has been translated into six languages.

Gutman is the son of Paul J. Gutman and Sharon Gutman. He was born and raised in Westfield, New Jersey, together with his sister naming Racheal Gutman.

Gutman is married to Daphida Gutman since 2007. The couple is blessed with two children, a son named Tom, and a daughter.

Gutman has an estimated net worth of around $1 million which he has earned through his successful career as a reporter.

On January 30, 2020, Gutman was suspended for an inaccurate statement he made on-air Sunday following the death of Kobe Bryant.

He had erroneously reported on-air that all four of Bryant’s children were on board the helicopter that crashed on a hillside in Calabasas, California, on Sunday. Bryant and his 13-year-old daughter Gianna died in the crash along with seven other people. Bryant’s other children were not on the helicopter.

“Reporting the facts accurately is the cornerstone of our journalism,” an ABC News spokesperson said. “As he acknowledged on Sunday, Gutman’s initial reporting was not accurate and failed to meet our editorial standards.”

Matt had corrected the error and apologized for it later on Sunday.

Today I inaccurately reported it was believed that four of Kobe Bryant’s children were on board that flight. That is incorrect. I apologize to Kobe’s family, friends and our viewers. pic.twitter.com/yYwuB9vpZl

He apologized again in a statement he shared on Wednesday.

“We are in the business of holding people accountable. And I hold myself accountable for a terrible mistake, which I deeply regret,” Gutman said Wednesday. “I want to personally apologize to the Bryant family for this wrenching loss and any additional anguish my report caused.”

It is not known how long he will be suspended for the mistake.

Reporting from the scene near the Kobe Bryant crash. Hundreds of people have come wearing numbers 8 and 24. Laying wreaths. This crash, the nine deaths – heartbreaking. #kobe #kobebryant #mamba