Matt Meese is a sketch comedian and actor who is best known for his role as actor, head writer, and co-creator of Studio C, a popular comedy show on both BYUtv and YouTube.

After completing high school, Matt served as a missionary for The Church of Jesus Christ of Latter-day Saints in Chicago, Illinois. He then went to Brigham Young University and later graduated with an undergraduate degree in Psychology. Before and after his college graduation, Meese worked for the Monte L. Bean Life Science Museum for a total of 5 years.

Meese and other original members of Studio C first conceived the idea for the show during BYU’s on-campus sketch comedy group. BYUtv did not consider the show until Meese personally met with content director Jared Shores, his best friend, and pitched him the idea. Meese is acknowledged as one of the creators of Studio C and the show’s head writer. He is known for many roles in his sketch comedy.

His most well-known role is as Scott Sterling, an unlucky soccer and volleyball player who repeatedly receives blows to the head and by doing so ultimately helps his team to victory. In terms of views, the Sterling series are the most successful sketches of Studio C, being the only Studio C videos to get over 75 million views on YouTube.

In August 2018, while Studio C had the 10th season, Meese and the other 9 original cast members left after the 9th season to create and star in a new production company called JK! Studios. After sharing the news, Meese also expressed that he would like to do future guest spots for the show when the opportunity arises. 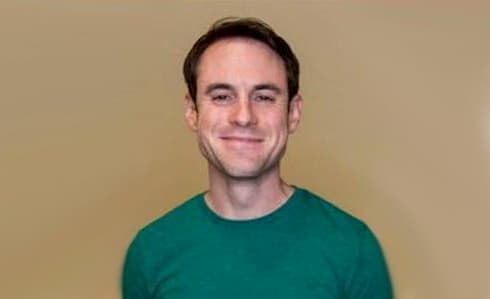 Meese stars in the new JK! Studios series “Freelancers” playing a role as Ryan. He along with fellow JK! Studios cast members Mallory Everton, Jason Gray, Stacey Harkey, Natalie Madsen, and Jeremy Warner, participated in the first season of the televised comedy competition, Bring the Funny, making it all the way to the semi-finals.

Meese is 36 years old as of 2020. He was born as Matthew Ryan Meese on October 10, 1983, in New Jersey, United States. He celebrates his birthday on the 10th of October every year.

Meese is the son of Curtis Meese and Joni Meese. He was born in New Jersey and raised in Phoenix, Arizona, a home he was fond of, as the second of four children. He has one brother, Brad Meese, and two sisters, Lindsey Meese and Lauren Meese.

Meese is very private about his personal life therefore it is not known if he is in any relationship. There are also no rumors of him being in any past relationship with anyone.

Meese has an estimated net worth of between $100k – $1 Million which he has earned through his career as an actor and comedian.

The rumors are true, @jkstudios and @studioctv did a collab, because we love each other and you (link in bio). #jkstudios #studioc #friendship