McCoy Tyner was an American jazz pianist who was best known for his work with the John Coltrane Quartet and a long solo career.

Tyner joined the Jazztet led by Benny Golson and Art Farmer in 1960. Six months later, Tyner joined the quartet of John Coltrane that included Elvin Jones and Jimmy Garrison. Tyner worked with the band during its extended run at the Jazz Gallery, replacing Steve Kuhn.

He played on Coltrane’s My Favorite Things for Atlantic. Between 1961 and 1965, the band toured almost non-stop recording the albums Live! at the Village Vanguard, A Love Supreme, Live at Birdland, Ballads, Crescent, and The John Coltrane Quartet Plays for Impulse!.

While in Coltrane’s group, Tyner recorded albums as a leader in a piano trio. Tyner also appeared as a sideman on many Blue Note albums of the 1960s, although he was often credited as “etc.” on the cover of these albums to respect his contract with Impulse! Records. 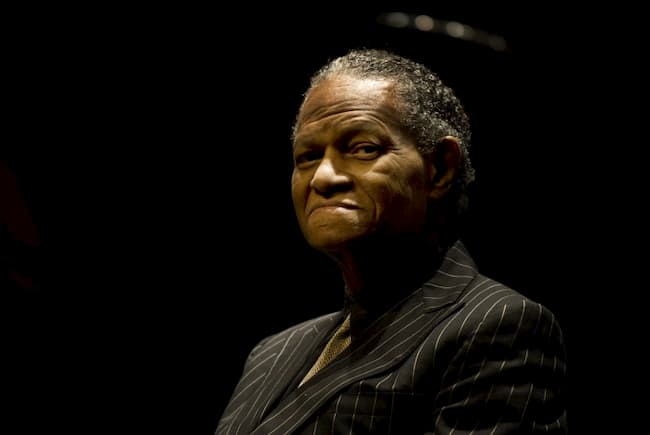 During the 1980s and 1990s, he worked in a trio that included Avery Sharpe on bass and Louis Hayes, then Aaron Scott, on drums. Tyner made solo albums for Blue Note, starting with Revelations (1988) and culminating in Soliloquy (1991).

After signing with Telarc, Tyner recorded with several trios that included Charnett Moffett on bass and Al Foster on drums. In 2008, he toured with a quartet of Gerald L. Cannon, Gary Bartz, and Eric Kamau Gravatt.

On July 16, 2005, he was awarded an Honorary Doctorate of Music from Berklee College of Music at the Sala dei Notari during the Umbria Jazz Festival.

He was a judge for the 6th, 10th, and 11th annual Independent Music Awards to support independent artists’ careers.

On June 25, 2019, The New York Times Magazine listed Tyner among hundreds of artists whose material was reportedly destroyed in the 2008 Universal fire.

Tyner was born as the oldest of three children. His mother was the one who encouraged him to study piano. Tyner started studying the piano at age 13 and within two years music had become the focal point in his life.

He was the older brother of Jarvis Tyner, former executive vice chairman of the Communist Party USA.

Tyner was married to Aisha Tyner till the time of his death on March 6, 2020. The couple was blessed with three children.

Tyner had an estimated net worth of between $1 Million – $5 Million at the time of his death.

When Tyner was 17, he converted to Islam through the Ahmadiyya Muslim Community and changed his name to Sulieman Saud.

Tyner died on March 6, 2020, at the age of 81. His death was announced by his nephew Colby “Colb” Tyner, a podcast host and VP of programming for Radio One. He posted on both Twitter and Instagram.

Sad to announce the passing of my uncle McCoy Tyner. One of the best jazz pianist ever, a Philly legend #ripmccoytyner pic.twitter.com/IggZ8q4zns

The world lost a musical treasure today. Sad to announce the death of my Uncle McCoy Tyner. Grew up in West Philadelphia started playing the piano at 13 in the back of my grandmother’s hair shop playing for the ladies getting their hair done. At 22 he joined the Jazzlet which featured Benny Golson then a few months later he joined the great John Coltrane’s quartet. After that he would set out on his own releasing over 70 plus albums from the 60’s thru the 2000’s. Toured the world multiple times. Nominated for 12 Grammys won 5. We shared the same birthday. One of the worlds greatest jazz pianists. Rest in paradise Unc… #ripmccoytyner

His family also posted Tyner’s official social media accounts. “It is with heavy hearts that we announce the passing of jazz legend, Alfred ‘McCoy’ Tyner,” the captions read. “McCoy Tyner’s music and legacy will continue to inspire fans and future talent for generations to come.”

A statement from the Tyner family: pic.twitter.com/uZH2wHKN67