Melia Kreiling is an American-Swiss actress who is known for her roles in television series such as Tyrant and The Last Tycoon. She is also known for her starring role as Alycia in the second season of the CBS summer series Salvation and as Ginger Sweet on Filthy Rich.

Kreiling grew up in Athens where she attended an English school. Later, Kreiling attended the National State School of Dance. She later moved to Great Britain and studied at the University of Winchester and the Northern School of Contemporary Dance in Leeds. Kreiling received additional acting education at the London School of Dramatic Art.

Kreiling made her film debut in the 2011 short Room to Forget. In the German-speaking world, Kreiling became well known for her role in the historical drama The Borgias In December 2012, she appeared in a television program about Rosamunde Pilcher and reprised her character in The Other Wife.

She made a brief cameo in the American film Guardians of the Galaxy where she portrayed the character Bereet. In 2013, she played Bathsheba in the History Channel miniseries The Bible. From 2015–2016, Kreiling played the recurring role of Daliyah Al-Yazbek in the FX television series Tyrant.

In February 2018, she joined the cast of the CBS summer series Salvation in its second season, playing the role of Alycia 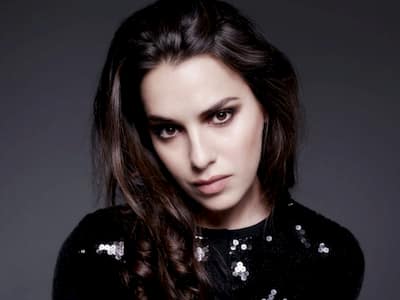 Kreiling is one of the cast members of Filthy Rich where she will be playing a role as Ginger Sweet, a vengeful daughter of a Las Vegas cocktail waitress and one of Eugene’s illegitimate children, who stands in the way of Margaret’s plans to get her, Antonio, and Jason out of the business.

Kreiling is 29 years old as of 2019. She is was born on October 6, 1990, Geneva, Switzerland. She celebrates her birthday on 6th October every year.

Kreiling is the daughter of an American father, Randall A. Kreiling, and a Greek mother, Katia Dimopoulou. It is however not known if she has any siblings.

Kreiling is very private about her personal life therefore it is not known if she is in any relationship. There are also no rumors of her being in any past relationship with anyone.

Kreiling has an estimated net worth of $3 Million which she has earned through her career as an actress.