Mika McGee Kleinschmidt is an American realtor, home designer, and Tv personality who is best known for starring on HGTV’s 100 Day Dream Home alongside her husband Brian Kleinschmidt.

Mika Kleinschmidt and her husband star on 100 Day Dream Home is a reality Tv show that airs on HGTV. They are the producers and host of the show. The two help clients design and build the perfect house from the ground up in just three months.

Mika McGee is the realtor and Brian is the project manager who brings the vision to life. Every episode runs right from the start to finish with some homes taking less than the stipulated 100 days. The houses range from 2,500 to 4,500 square feet and start at about $300,000. The costs of the houses vary depending on many variables.

McGee Kleinschmidt was born in Tampa, Florida, United States on March 30. She likes to keep her personal life private hence has not yet disclosed the year she was born. She celebrates her birthday on the 30th of March every year. However, she might be in her early 30s. 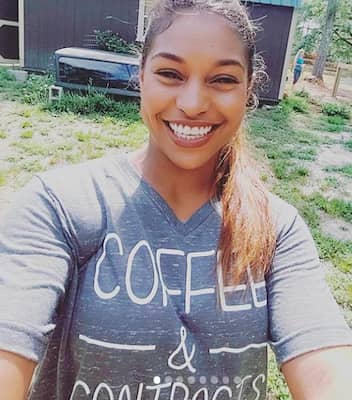 McGee Kleinschmidt was born to a military father but has not disclosed any information about her mother. It is however not known if she has any siblings.

Mika Kleinschmidt is married to Brian Kleinschmidt who is an American reality Tv star. The two met at Riverview High and after college, they started dating and tied the knot in 2015. The couple is blessed with a daughter, Jade Kleinschmidt.

Mika Kleinschmidt has an estimated net worth of $1 million as of 2020.