Monica O’Neal is an American sought-out psychologist and Tv personality best known for being a cast member of Camp Getaway which premiered on Monday, April 6, 2020. Dr. Monica was first a guest at Camp Getaway six years prior to joining the staff.

A respected, sought-out psychologist, O’Neal comes to camp to be just Monica for the weekend, though she still offers her “shoot from the hip” brand of advice. Smart, unfiltered and funny, no subject is off the table for O’Neal, a quality that makes her a camp favorite with guests and staff…though it rubs a few the wrong way. To her, having fun in the woods, with her Rosé on Rosé in hand, is ultimately what camp is about.

O’Neal is a Harvard-trained Licensed Clinical Psychologist, Relationship Expert, and Media Consultant. She completed her schooling and training at various prestigious institutions in the East Coast including The George Washington University, The University of North Carolina at Chapel Hill, and Harvard Medical School. Because of her nearly 17 years of direct clinical experience, she owns and operates a thriving private practice in the Back Bay in Boston.

When she is not at her clinical practice, O’Neal is a lecturer at Harvard’s Medical School and previously served nearly 5 years as a Staff Psychologist with Harvard University’s Health Services.

Apart from her clinical work, she consults on various topics of psychology and mental health. O’Neal loves relating complex psychological concepts to popular culture and making it approachable for all. She has been an often featured guest blogger for The Boston Globe and is a highly requested speaker. She has been lucky enough to appear in popular news outlets and journals such as “Women’s Health,” “Cosmopolitan,” and “BuzzFeed.” 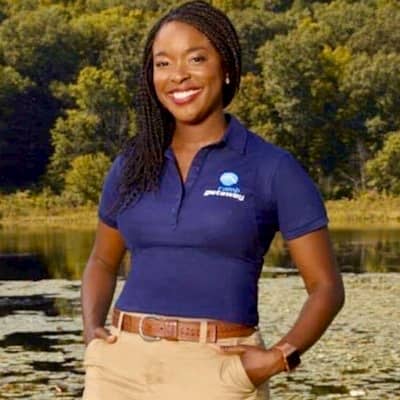 O’Neal likes to keep her personal life private hence has not yet disclosed the year and month she was born. It is therefore not known when she celebrates her birthday.

O’Neal’s height is currently under review and will be updated soon.

Although O’Neal specializes in the treatment of relationship challenges and interpersonal conflicts. She is very private about her personal life therefore it is not known if she has a husband or any children.

O’Neal is one of the cast members of Camp Getaway which premiered on Monday, April 6 at 10pm ET/PT. The show follows the staff of the ultimate adult playground, as they navigate the challenges and surprises that accompany working for a camp that offers a non-stop good time.

Below is a complete list of other Camp Getaway cast;