He has also appeared in hit shows like the “Thundermans”, “It’s On” (pilot), and “Nickelodeon’s Ho Ho Holiday. He started acting at the age of 14 and landed his first television project Nickelodeon’s “100 Things To Do Before High School” playing as Christian ‘Crispo’ Powers.

Joyner will be one of the cast members of Julie and the Phantoms where he will be playing a role as Alex. Alex is a member of The Phantoms, he’s the band’s drummer and he’s also a ghost. Joyner will be starring alongside Charlie Gillespie, Jadah Marie, Jeremy Shada, Madison Reyes, Savannah Lee May, and others.

Joyner joined a virtual school called the Oklahoma Connections Academy to help manage his filming in Los Angeles and his schoolwork in Oklahoma. During his free time, Joyner enjoys snowboarding and tennis.

Joyner is 20 years old as of 2020. He was born on as Owen Patrick Joyner on July 19, 2000, in Oklahoma City, Oklahoma, United States. He celebrates his birthday on the 19th of July every year. 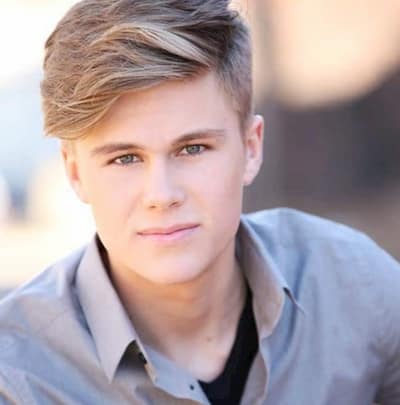 Joyner is the son of Dinah Joyner (mother) and Mike Joyner (father). He has three siblings, Luka, Hannah, and Hayden. His oldest sister Luka is a national level athlete. Hannah and Hayden are his half-sisters from their mother and stepfather, Ryan Guntz.

Joyner is very private about his personal life therefore it is not known if he is in any relationship. There are also no rumors of him being in any past relationship with anyone.

Joyner has an estimated net worth of around $5 million which he has earned through his career as an actor.