Rob Marciano is an American journalist and meteorologist who is currently the senior meteorologist of ABC News’ weekend edition of “Good Morning America.”

He provides forecasts for the weekend editions of Good Morning America, a position Ginger Zee left when she was chosen to succeed Sam Champion on the daily editions of GMA.

Before joining ABC, he was most recently employed by Entertainment Tonight, where he co-anchored the nightly thirty-minute edition of the program as well as the sixty-minute weekend edition. Marciano left ET in late August 2014 after twenty months to take his current position with ABC.

He attended Cornell University where he received a bachelor’s degree in meteorology. Marciano holds the American Meteorological Society Seal of Approval and is a Certified Broadcast Meteorologist (CBM).

Marciano joined CNN in May 2003. Before that, Marciano served as chief meteorologist for KATU-TV and 750 KXL News Radio in Portland, Oregon. From 1994 to 1997, Marciano served as morning and then chief meteorologist for KPLC-TV in Lake Charles, Louisiana, and later worked as a weather anchor for WVIT Connecticut News 30 in West Hartford, Connecticut.

On November 12, 2012, he was announced as a new co-anchor for Entertainment Tonight, which he would start doing in January 2013. He bid farewell to CNN viewers on Early Start and Starting Point on December 21, 2012.

On July 19, 2014, ABC News announced that Rob would become the network’s senior meteorologist. Rob has since joined Good Morning America Weekend and reports on the latest weather headlines throughout the week as well as partners with Ginger Zee and the Extreme Weather Team. Marciano’s final co-hosting of Entertainment Tonight came on Wednesday, August 27, 2014. On Saturday, September 6, 2014, he debuted on GMA. 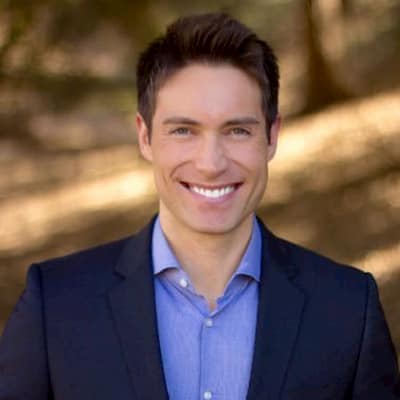 Marciano is 51 years old as of 2020. He was born as Robert Mark Marciano on June 25, 1968, in Glenville, Fairfield County, Connecticut, United States. He celebrates his birthday on 25th June every year.

Marciano is married to Eryn Marciano since 2010. The couple is blessed with one daughter, Madelynn, and one son, Mason.

Marciano has an estimated net worth of $2 Million as of 2020.

Marciano earns an average annual salary of around $76,700.