Robert Archibald was a Scottish former professional basketball player who played a key role for back-to-back Big Ten championship teams at Illinois. Archibald was selected by the NBA club the Memphis Grizzlies with the third pick of the second round (32nd overall) of the 2002 NBA Draft.

Archibald attended Lafayette High School where he graduated in 1998, along with MLB player Ryan Howard.

After drafting Archibald in the second round, Memphis Grizzlies signed him to a 2-year contract. After one season with the team, in which he played only 12 games, Robert was traded alongside Cezary Trybański and Brevin Knight to the Phoenix Suns in exchange for Bo Outlaw and Jake Tsakalidis.

On December 26, 2003, he was traded again, this time to the Orlando Magic. A week later Archibald was traded, for the third time that season, to the Toronto Raptors in exchange for Remon van de Hare and Mengke Bateer. He played 30 games with the Raptors. Archibald holds NBA career averages of 1.2 points and 1.6 rebounds per game. 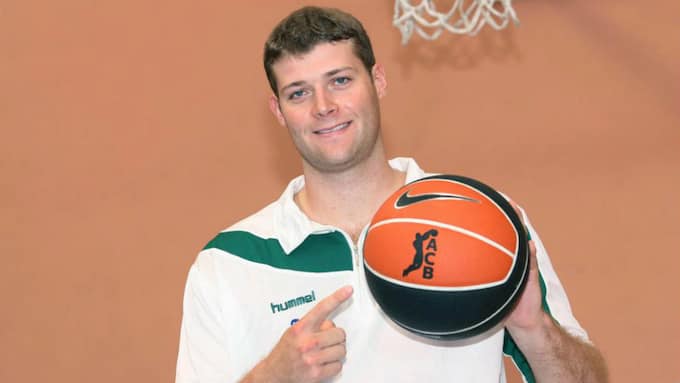 Archibald has played four seasons in the Euroleague with Joventut Badalona, Scavolini Pesaro, and two seasons with Unicaja Málaga. In July 2011, Archibald signed a one-year contract with CAI Zaragoza. He retired after the 2012 Summer Olympics in which he represented Great Britain.

Archibald was born as Robert Michael Archibald on 29 March 1980, in Paisley, Renfrewshire, Scotland. At the time of his death on January 24, 2020, he was 39 years old.

Archibald’s father, Bobbie, was a player for Murray BC in Scotland and was capped several times for Scotland and Great Britain’s national teams.

Archibald was married to Molly till the time of his death in 2020. In 2012, he talked about how he and his wife needed lifesaving appendix operations during a year of hell in Ukraine.

“At one stage my wife fell very ill with a burst appendix and she wasn’t getting any sort of treatment so I had no option but to charter a jet and fly her back to the US.

“It was the only way of saving her life.

“While back in the States, she insisted I take out emergency medical insurance for myself which I did just before my return to Ukraine.

“A couple of weeks after resuming my season I started getting a pain like a clenched fist in my side.

“I phoned my wife back home and she said that’s what her appendix had felt like.

“The next day I was heading back to the States for my own surgery.

“The chances of a couple going down with appendicitis at the same time are millions to one against.”

Archibald had an estimated net worth of $80 Million at the time of his death on January 24, 2020.

Archibald died on January 24, 2020, at the age of 39. The cause of death remained unknown. University of Illinois athletics officials confirmed his death.