Sam Brock is an American reporter who currently reports for NBC Bay Area’s evening news broadcasts and on the station’s digital platforms. He joined the station in September 2012.

Brock grew up in Westchester County, New York, but has deep ties to the Bay Area. He earned his master’s degree at Northwestern’s Medill School of Journalism.

He started his broadcast career at TV-3 in Winchester, VA, nestled in the Shenandoah Valley region of Virginia.

Since joining NBC Bay Area, he has won an Emmy award for his coverage of the Ghost Ship warehouse fire in Oakland. Brock has also covered the Kate Steinle murder trial from start to finish, the death of San Francisco Mayor Ed Lee, and the devastating Wine Country fires. He reports on general assignment news with a focus on San Francisco politics and government issues.

Before joining NBC Bay Area, he worked as 5 p.m. anchor and was a political reporter for WTVR in Richmond, Virginia. During his four years there, Brock covered topics as wide-ranging as women’s rights issues, gun policy, an effort to adopt the nation’s first ‘personhood’ law, and a series of stories investigating how Virginia cares for its intellectually disabled residents. 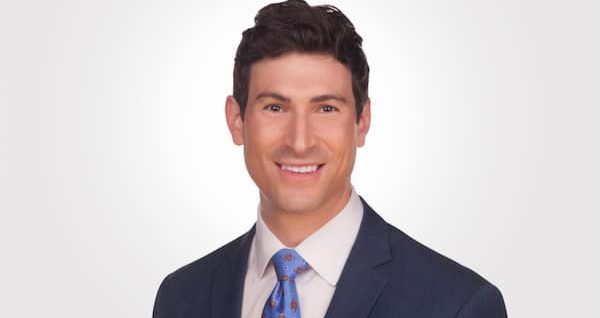 Brock likes to keep his personal life private hence has not yet disclosed the year and month he was born. It is therefore not known when he celebrates his birthday.

Brock is married to Gabriela Dellan who is a Meteorologist at KSTS-TV. The couple tied the knot in January 2018. On 20 January 2019, they celebrated their first year of marriage.

Brock has an estimated net worth of approximately $100K-$1 Million.