Samira Wiley is an American actress who is best known for starring as Poussey Washington in the Netflix comedy-drama series Orange Is the New Black (2013–2019) and as Moira in the Hulu dystopian drama series The Handmaid’s Tale (2017–present).
She has also had starring roles in such film as The Sitter (2011), Nerve (2016), Detroit (2017), and Social Animals (2018). Additionally, she narrated the Netflix documentary Night on Earth (2020).

Wiley studied at the Duke Ellington School of the Arts in Washington, D.C., and then went to Juilliard School in New York City where she graduated in 2010. At Juilliard, Wiley trained in theater performance and worked mainly in theater in her early career.

Wiley got her first major acting role in the comedy film The Sitter (2011). In 2011, she played Maria in a theater production of Love’s Labour’s Lost by The Public Theater.

Wiley one of the cast members of Orange Is the New Black —based on Piper Kerman’s memoir of the same name. The fourth season revolves heavily around Wiley’s character. Her wife, Lauren Morelli, is a writer on the show. 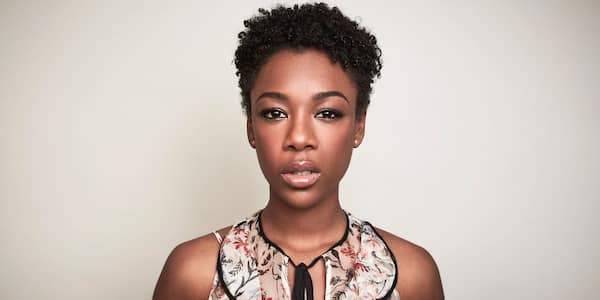 In between seasons of Orange Is the New Black, she filmed Rob the Mob (2014), an independent crime film directed by Raymond De Felitta. Wiley also appeared in an advertisement for the digital monetary service PayPal in 2014. In 2015, she featured in the 21st episode of the 16th season of Law & Order: Special Victims Unit, “Perverted Justice”, playing a role as a young adult wishing to recant her rape accusation of her father when she was 6 years old and set him free.

In December 2015, it was announced Samira Wiley had been cast to voice the titular character in the video game The Walking Dead: Michonne. In 2017, Wiley narrated one of two versions of Max Brooks’ book, Minecraft: The Island: A Novel. Additionally, Wiley starred in a film called 37 (2016), a true story of thirty-seven people who witness a murder and none call the police or intervene. In 2016, Samira starred in a new play by Quiara Alegría Hudes called Daphne’s Dive.

Wiley competed against New Black co-star Laverne Cox in an episode of Spike’s Lip Sync Battle. With performances of “Un-Break My Heart” by Toni Braxton and “O.P.P.” by Naughty by Nature, she came out victorious.

In 2014, Samira was featured in Maniac Magazine, appearing on the cover and in an editorial of the 2014 September/October issue displaying “a series of bold, chic, high fashion looks.” In the same year, Wiley was featured on the cover of the 2014 edition of Out magazine, along with Ellen Page, Sam Smith, and Zachary Quinto.

Wiley was born and raised in Washington, D.C. by her parents, Christine and Dennis W. Wiley who are the co-pastors of Covenant Baptist United Church of Christ. Her parents have been referred to as “pillars of the LGBT religious community,” as the Covenant Baptist Church was the only Baptist church in D.C. performing same-sex unions in 2007. Wiley has two siblings: Aiyana Ma’at and Joshua Wiley.

Wiley is married to Lauren Morelli an American producer, screenwriter and director who is the writer of Orange Is the New Black. She announced that they were engaged on October 4, 2016. 0The couple tied the knot on March 25, 2017.