Sarah Lacina is an American police officer who is best known for competing on the American reality show Survivor. In 2014, Lacina came in 11th place and was the first jury member in the show’s 28th season, Survivor: Cagayan.

In 2017, she was voted the winner of the show’s 34th season, Survivor: Game Changers. Lacina competed for a third time in Survivor: Winners at War, the show’s fortieth season, in 2020.

Lacina’s height is under review.

Lacina was born in Muscatine, Iowa, and grew up with her parents Lorrie and Ronald. Her mother has worked in law enforcement.

Lacina is married to Wyatt Wardenburg, who is also a police officer and the couple lives in Marion, Iowa, with their son Knox. 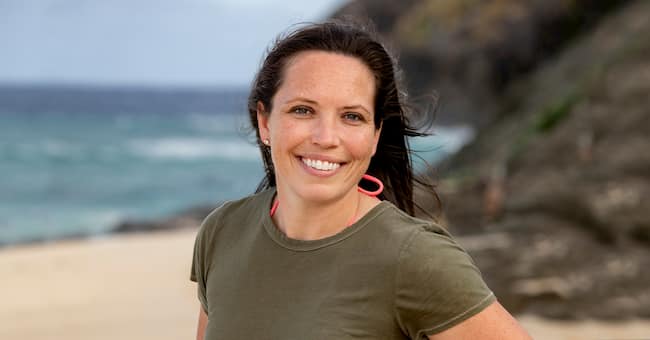 Lacina attended Muscatine High School where she was a four-sport athlete. She then enrolled at Wartburg College in Waverly, where she competed on the track and cross country teams and earned a Bachelor’s degree in Social Work.

After college, she moved to Cedar Rapids and became a police officer. Her mom, who has worked in law enforcement and has managed the Muscatine County Joint Communications Center, served as her inspiration to become a cop.

Sarah once worked as a resource officer at Kennedy High School in Cedar Rapids. Afterward, Sarah joined the Cedar Rapids Police Department as a police investigator. There, she met an officer who inspired her to take up mixed martial arts and in 2010, Sarah competed in her first professional MMA fight, a first-round victory by submission.

In 2020, Lacina was a contestant on the show’s 40th season, Survivor: Winners at War. She was originally a member of the Dakal tribe and later became part of the newly formed Yara tribe following the swap in episode 5. Lacina eventually made it to the merge and made it to the final 5 (6 after the returnee from the Edge of Extinction returns from the game).