Hanson landed his first job in 1993 as an anchor and reporter for NBC affiliate WPBN-TV in Traverse City, Michigan. In 1994, he moved to Springfield, Illinois, sticking with NBC to be a reporter for WICS-TV. He then went to ABC affiliate WFTS-TV in Tampa, Florida, where he covered the Tampa Bay Buccaneers rise under coach Tony Dungy.

In 2002, Hanson moved to sister network Comcast SportsNet Mid-Atlantic in Bethesda, Maryland, where he served as a main anchor and reporter. while there, Hanson reunited with his former WFTS-TV colleague Sage Steele, who joined CSN Mid-Atlantic a year earlier (2001).

In 2006, Hanson left Comcast SportsNet (CSN) Mid-Atlantic to join the NFL Network, where he serves as a reporter, anchor, and host. Hanson is a National Correspondent and host of NFL Network’s show, NFL RedZone which debuted in the Fall of 2009.

In addition to his responsibilities for NFL Total Access and NFL RedZone, Hanson also serves as a host for NFL Network’s on-location coverage of events such as NFL Draft, Super Bowl, NFL Scouting Combine, Free Agency, and many more. Hanson also co-anchors NFL Total Access during the week. 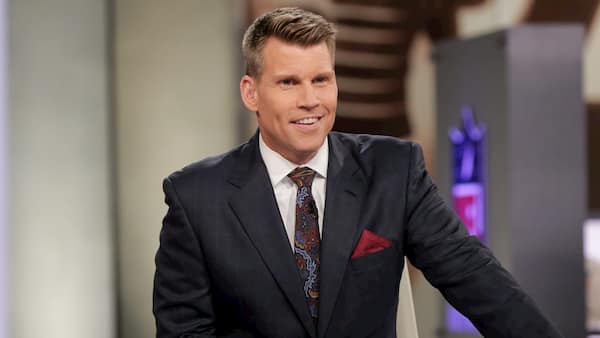 There are two RedZone packages  One is hosted by Andrew Siciliano on DirectTV called “NFL Sunday Ticket Redzone”, the other is hosted by Scott Hanson.

Hanson is 50 years old as of 2021. He was born Scott Richard Hanson on June 24, 1971, in Rochester, Michigan, United States. He celebrates his birthday on 24 June every year.

Hanson stands at a height of 6 feet 1 inch tall and weighs over 73 kg.

Hanson’s family details are not known therefore it is not known whether he has a brother or not. Although most people think he is the brother of former American football punter Chris Hanson, the two are not related.

Hanson is very private about his personal life therefore it is not known if he is in any relationship. There are also no rumors of him being in any past relationship with anyone.

Hanson has an estimated net worth of between $1 Million – $5 Million which he has earned through his career as a sportscaster.

The table below answers some of the frequently asked questions about Hanson.