Williams’ work is rooted in strong reporting, both in-studio and live from the scene. She anchored on location from several Big Stories in Philadelphia, the 2016 Democratic National, the 2017 N.F.L. Draft, and Pope Francis’ visit to the World Meeting of Families in 2015. Williams has also traveled around the country, reporting from the first Presidential Debate between Donald Trump and Hillary Clinton and the inauguration of President Trump. She was also honored to have the opportunity to interview legendary ABC News host Barbara Walters when she signed off the air for the last time.

Prior to arriving in Philadelphia, she was the weekend anchor and weekday reporter at KTVT-TV in Dallas, Texas. While in Dallas, she covered major events that made national and international headlines, including Texas’ record-breaking winter ice storms and Super Bowl XLV. Before working in North Texas, she spent three years in Miami covering a gamut of stories….from traveling to Haiti in the wake of the four hurricanes of 2008, and later the 2010 earthquake, to covering legal trials of the rich and famous. She was as well front and center when all eyes were on the Miami Heat, covering Shaquille O’Neal’s departure in 2008, and LeBron James’ much-anticipated decision to join the team in 2010. Success South Florida Magazine selected her for the “Top 40 Under 40,” and she was featured on the publication’s cover. With a passion for knowledge and information, Williams has a gift for getting the people she interviews to open up and tell their story.

Her work has also taken her to Birmingham, Alabama, where she was an anchor/reporter for both news and sports at WVTM-TV, and prior to that, Jackson, Tennessee, where she was a news anchor at WBBJ-TV. Williams’ earned her undergraduate degree in broadcasting communications from the University of Tennessee. In fact, she started her journalism career while still in college, producing feature stories on Tennessee Volunteer athletes for Fox Sports Net South. In September of 2017, she was presented with the University of Tennessee Alumni Promise Award.

Williams enjoys traveling (she can’t wait to travel to Africa), listening to live music (Eryka Badu, Blake Shelton, and Maxwell are among her favorites), and attending major sporting events. 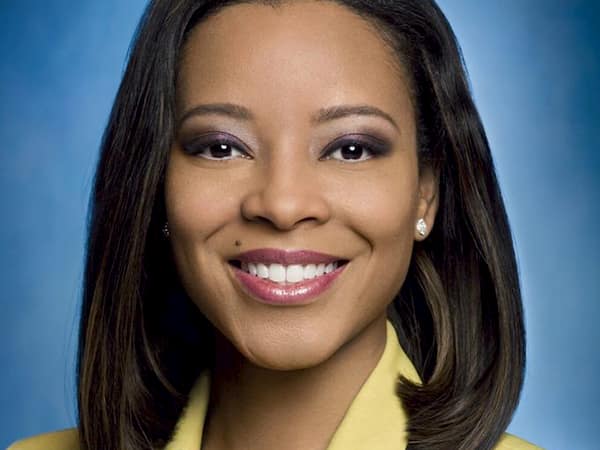 Williams stands at a height of 5 feet 7 inches tall.

Williams is a native of Albany. She is the product of a close-knit family which includes her parents, three siblings, and now five nieces and one nephew. When she is not working, she is an active volunteer for many community groups and charities and is passionate about mentoring young girls. Her parents are truly her role models but she also has a deep admiration for Dr. Martin Luther King, Jr. One of Williams’ favorite quotes from Dr. King is, “Injustice anywhere is a threat to justice everywhere.” -Letter From Birmingham Jail.

Williams is very private about her personal life therefore it is not known if she is in any relationship. There are also no rumors of her being in any past relationship with anyone.

Williams has an estimated net worth of between $1 Million-$5 Million which she has earned through her career as an anchor.