Stephen Hill is an American actor who is best known for his role as Theodore Calvin in the reboot series Magnum P.I. Hill graduated with honors in mass media/broadcasting from Hampton University.

After graduating, his first job was as a copier salesman in his native New York City. After a few years of door-to-door sales for Xerox by day, and intense acting classes with famed coach Susan Batson by night, Hill received the fearful news that his mother had been diagnosed with pancreatic cancer. Witnessing his mother fatal bout with the debilitating disease at the young age of 61 was the catalyst that thrust Hill back into the artistic world. Having raised five children, the youngest of whom had Down syndrome, Hill’s mother never had the opportunity to fully express herself creatively. So Hill honors her sacrifice by pursuing his acting career with physical and emotional vigor.

Hill is an award-winning actor known for solid work in a variety of roles in film, TV, web series, theater, etc. Recently cast in the lead role of York in the HBO mini-series, Lewis & Clark. Stephen is also on HBO, in Pete Chatmon’s BlackCard, and in the fifth season of Boardwalk Empire playing a recurring role of Clarence, right-hand man to Jeffrey Wright’s, Dr. Narcisse. 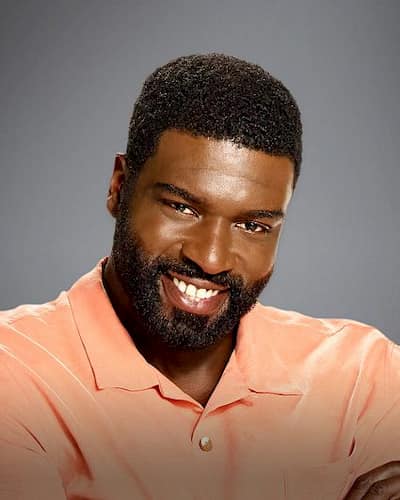 On Netflix, in Kiara Jones’ Christmas Wedding Baby, he gives a heartfelt and truthful performance in the lead role of Issac. He can also be seen embodying the role of Jackie Robinson in the award-winning documentary, Jackie Robinson: My Story. He has also appeared in the soulful film Runaway, starring opposite Grammy-nominated vocalist Carolyn Malachi, and in the hilarious series Fort Knox. He considers it a privilege and honor to play make-believe for a living.

Hill plays a role as Theodore Calvin on Magnum P.I. His character, a military veteran who flies helicopters, shares a distinguished trait with his father, who was a Vietnam veteran chopper mechanic.

Hill was born in New York and raised mainly in Willingboro, New Jersey. He celebrates his birthday on October 14 every year.

Hill is very private about his personal life therefore it is not known if he is in any relationship. There are also no rumors of him being in any past relationship with anyone. He currently resides in Los Angeles.

Hill has an estimated net worth of between $1 Million – $5 Million which he has earned through his acting career.

Oh you KNOW Alex has those Jam & Lewis burners! Just hours away! Got lots of directions to go in tonight! #sunglassesandsoulmusic